The next MacBook Air could have a camera notch

Apple made some drastic changes when it launched the new MacBook Air in 2018, but other than the processor and the keyboard, there haven’t been any..

Apple made some drastic changes when it launched the new MacBook Air in 2018, but other than the processor and the keyboard, there haven’t been any major improvements since. But if we can believe the latest rumors, that could be changing this year, as Apple prepared to launch a drastic overhaul to its cheapest notebook. Here’s everything we’ve heard about the new MacBook Air:

October 18: Macrumors has uncovered a months-old forum post that suggests the next MacBook Air might have a notch for the front camera due to ultra-thin bezels.

September 27: Ming-Chi Kuo (via 9to5Mac) reports that the redesigned MacBook Air might not arrive until the third quarter of 2022.

July 22: Ming-Chi Kuo reports (via Macrumors) that the redesigned MacBook Air will arrive in mid-2022 with a mini-LED display.

July 5: Twitter user Dyan (@dylandkt) reports that the MacBook Air will get the M2 chip rather than the heavily rumored M1X chip, which he says is “reserved for the Pro Mac devices.”

May 18: Mark Gurman of Bloomberg reports the “redesigned, higher-end MacBook Air” will have a new System on a Chip (SoC) that replaces the M1.

We’re assuming for the sake of this article that Apple will stick with the MacBook Air name for the next revision, but Prosser noted that his sources haven’t confirmed that. So it’s possible that Apple reintroduces the MacBook, which was discontinued in 2019 and recently vintaged by Apple. Apple sold the Air alongside the MacBook Air for a short time, so it’s also possible that the current Air either gets a price cut to make room for the new model at the $999 tier or sticks around at the same price as a cheaper option for a higher-priced MacBook.

It’s been reported for months that Apple is working on a lighter and thinner redesign for the MacBook Air. More recently, serial leaker Jon Prosser reported on his Front Page Tech YouTube channel that the new MacBook Air will be switch to a flat design rather than the classic tapered look, but retain its incredible thinness. It could also have full-size function keys, which would make the trackpad slightly smaller. 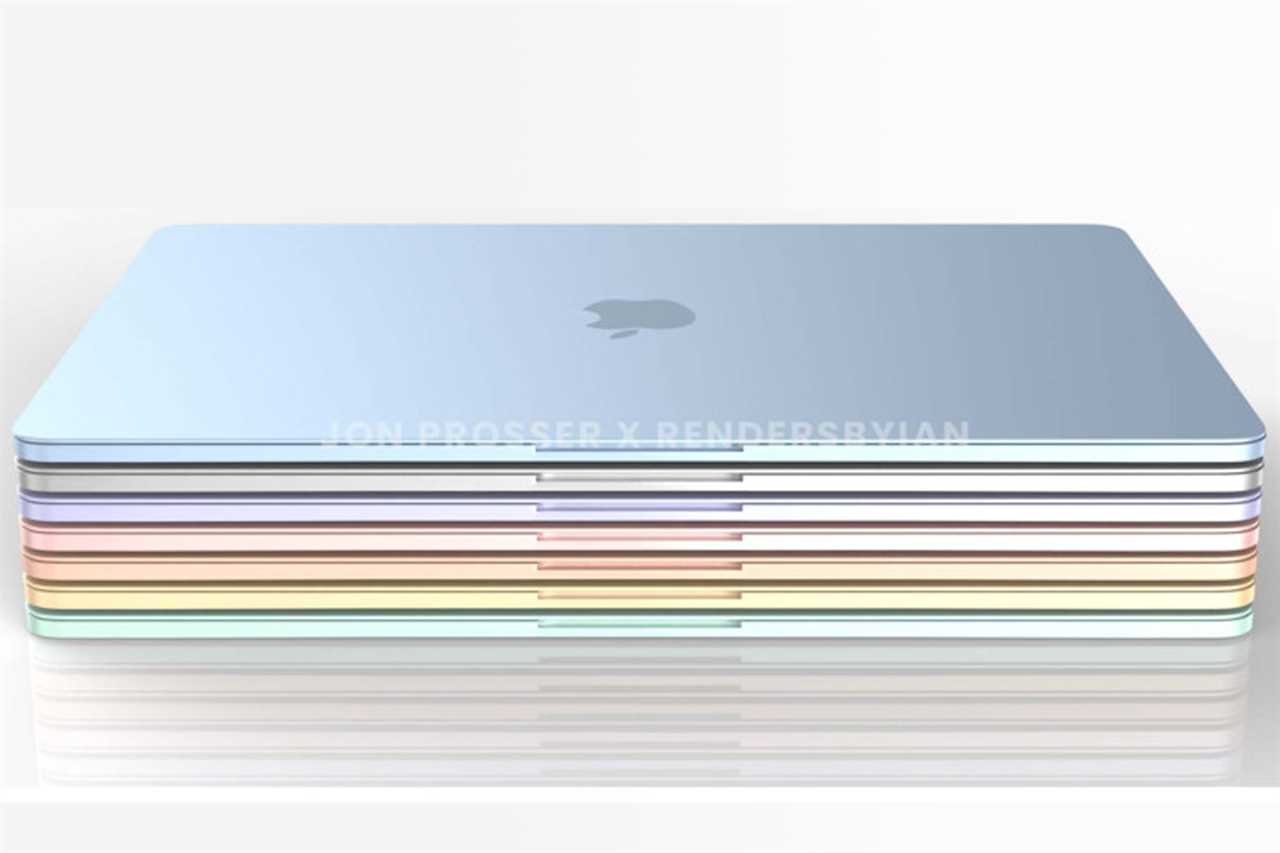 Apple will be making several colors for the MacBook Air, according to Prosser, likely in hues to match the new iMac, so green, blue, yellow, orange, pink, purple, and silver. Prosser also reports the bezels will be thinner and switch from black to white while the bottom will gain two rubber strips instead of the standard circular feet.

We conducted a Twitter poll about the white bezels and the majority of Macworld followers weren’t jazzed about it:

According to Mark Gurman at Bloomberg, Apple considered a larger 15-inch screen for the MacBook Air, but the company decided to shelve that model for the time being. However, even if the new Air sticks with the same size screen, it still could be getting an upgrade. We heard initial rumblings months ago that the same Mini LED in the 12.9-inch iPad Pro could be coming to the MacBook Air, and it looks very likely now. Ming-Chi Kuo, who has an incredible track record with rumors, reports that Apple will debut a mini-LED in the MacBook Air in mid-2022 following a debut of the laptop display tech in the MacBook Pro later this year.

As seen in the new 12.9-inch iPad Pro, mini LED is a backlighting technology for displays, but as its name suggests, uses a higher concentration of smaller LEDs. This results in better control of the backlight, better image contrast, and greater dynamic range. It could also lead to a lighter and thinner design with slimmer bezels.

The new MacBook Air, which could be released later this year or in early 2022, could mark the return of the MagSafe connector, according to Bloomberg’s Mark Gurman. MagSafe was a magnetic power adapter connector that could easily disconnect from the laptop using non-axial force—tugs from angles other than straight away—that was introduced in 2016. Its implementation meant that if someone yanked or tripped over the cable, the connection would break but the laptop would be spared from flying off the work surface. Apple retired MagSafe when it switched to USB-C connectors in 2016, which do not have a breakaway connector. 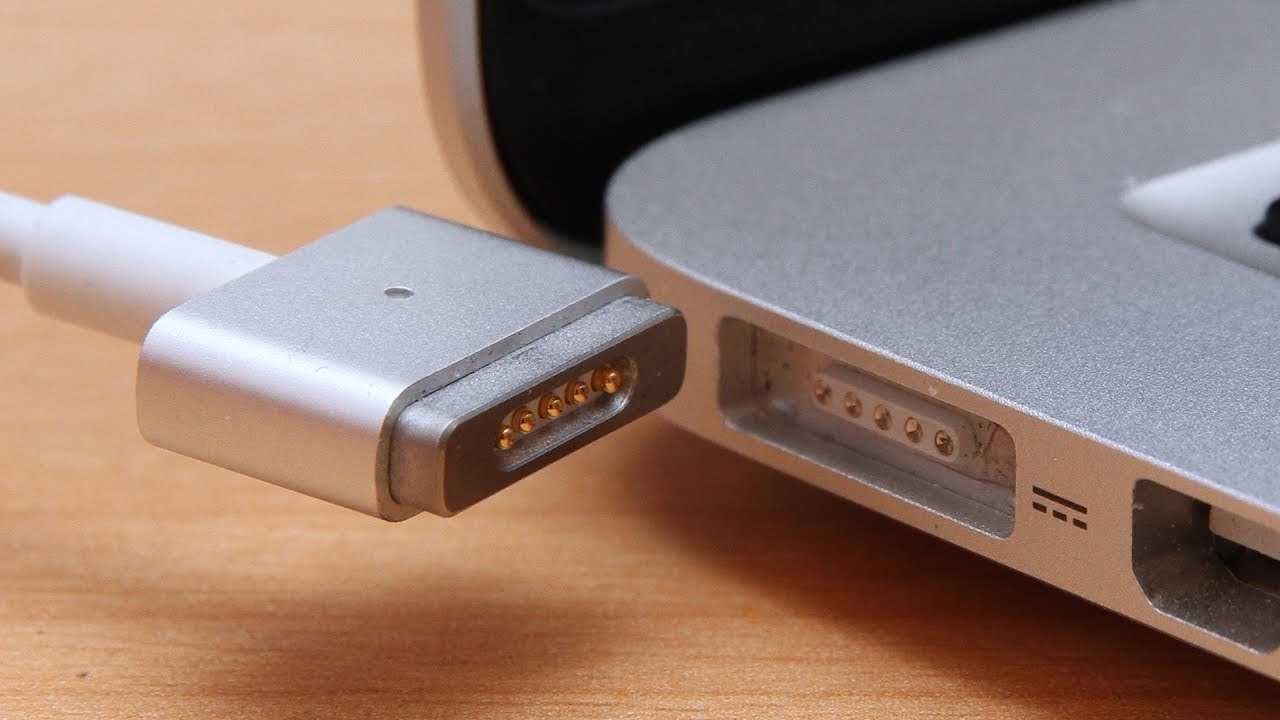 MagSafe could be making a comeback in the next MacBook Air.

As for connectivity ports, Apple has transitioned to Thunderbolt/USB 4 ports in its M1 Macs, and it’s a good bet that Apple will continue with this in the new MacBook Air. The question then becomes how many ports—traditionally, the MacBook Air has two ports on one side. In his report about the color offerings for a new MacBook Air or MacBook, Jon Prosser said that the new laptop will have two ports but with a better placement—one on each side rather than both on the left edge.

Mark Gurman of Bloomberg reported that at the end of 2021, we could see a new MacBook Air with a new System on a Chip (SoC) that replaces the M1. The new SoC will be faster but still reportedly have eight CPU cores (four performance cores, four efficiency cores) like the M1. The graphics cores could increase from seven or eight to nine or ten. While it was originally assumed that the chip would be the same M1X chip that’s rumored for the MacBook Pro, a rumor from Twitter user @dylandkt says the MacBook Air might use the next-generation M2 chip instead. A separate report from Ming-Chi Kuo said the MacBook Air will be using “upgraded Apple Silicon,” but it’s unclear what processor he is referring to.

After earlier rumors that suggested the MacBook Air could arrive in late 2021, recent rumors have pushed the release to 2022, including a report from Twitter user @dylandkt also says the new laptop won’t arrive until 2022. A report in September 2021 from Ming-Chi Kuo said the MacBook Air might not arrive until the third quarter of 2022.

As far as the price goes, Apple might start this new MacBook Air a little higher than the current model. With a mini-LED display and a new colorful design, it’s possible that Apple starts the new Air at $1,099 or $1,199 and leaves an older M1 model at the $999 tier, much like it did with the 21.5-inch iMac after the 24-inch model arrived.