The M1X MacBook Pro has almost arrived, but you won't be in a position to purchase one.

It’s a very exciting time to be a Mac fan. On Monday, October 18, Apple will hold its “Unleashed” event that is expected to bring new MacBook Pros..

It’s a very exciting time to be a Mac fan. On Monday, October 18, Apple will hold its “Unleashed” event that is expected to bring new MacBook Pros and usher in the next generation of Apple’s system on a chip. The debut of Apple’s first SoC, the M1, was nothing short of spectacular, and the M1X will only build on those tremendous leaps in performance. Tie that together with the rumored redesign and new features of Apple’s next MacBook Pro and “Unleashed” is easily the most anticipated Apple event of 2021.

But there’s a very real possibility that the excitement will be tempered by forces beyond anyone’s control, even Apple’s. Reports of component and chip supply problems in the tech industry have been constant throughout 2021, and there are no signs that the situation will change anytime soon. Moody’s Analytics said in a report on Monday that the supply chain problem could get even worse. We’ve been hearing reports for months that the MacBook Pro has already been delayed by months due to production and supply issues, and it’s a very real possibility that the new machine is nearly impossible to find once it goes on sale.

“The PC industry continues to be hampered by supply and logistical challenges and unfortunately these issues have not seen much improvement in recent months,” said IDC analyst Jitesh Ubrani in a recent report. [Editor’s note: IDC and Macworld are owned by the same parent company, IDG.] In a separate report, Canalys analyst Ishan Dutt echoed this same thought, saying, “The shortfall in supply of PCs is expected to last well into 2022, with the holiday season of this year set to see a significant portion of orders not met.”

No one wants to hear the phrase “orders not met” at a time when you could be buying a new MacBook Pro, but the new machine is almost certain to be in short supply. While Apple is the most wealthy and powerful company in the tech industry, it can only do so much to keep up with demand, which is expected to be very high. At some point, the component suppliers will just shrug and say, “We’re doing all we can.”

We’ve already seen it happen with the iPhone 13. A Counterpoint Research report about two weeks ago said that the semiconductor shortage would hit the smartphone market hard, but Tom Kang of Counterpoint said in the report that, “Apple seems to be the most resilient and least affected by the AP shortage situation.” However, on the same day Apple announced its “Unleashed” event, Bloomberg reported that Apple cut its iPhone 13 production targets by as many as 10 million units because of the shortage. 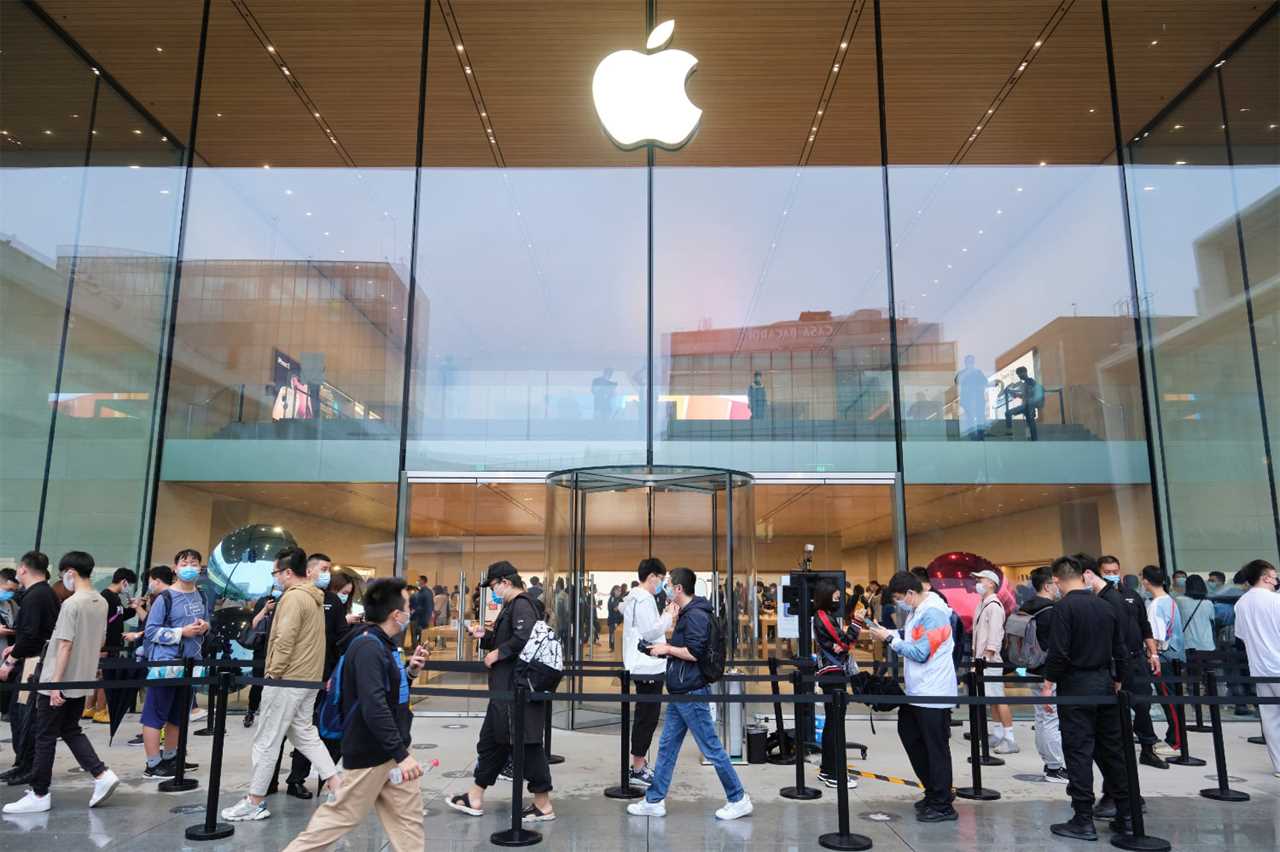 Customers wait in line at the Beijing Apple Store during the release of the iPhone 13. There probably won’t be a line to buy a new MacBook Pro, but going to a Apple Store might be a way to insure you get your laptop in time for the holidays.

If you bought an iPhone as soon as it went on sale at 5 a.m. Pacific on September 17, you were probably able to get it when it shipped a week later. But ship dates started slipping not even 30 minutes after preorders opened, and they slipped further and further throughout the morning. At this writing, if you order an iPhone 13 Pro online, it won’t arrive at your doorstep for another month, while the iPhone 13 ships in three weeks. The same goes for many Apple Watch models, the iPad mini, and even the ninth-gen iPad. (Apple’s website indicates that stock is available at some Apple Stores, but you are subject to what’s available, which means you may not get the storage capacity and color you want.)

So, being the “least affected” by the shortage means waiting three to four weeks, which is an eternity when you’re buying a shiny new Apple device. And the MacBook Pro could be even worse. Even though Apple sells many more iPhones than MacBook Pros, the rumored M1X MacBook is a different beast. For one, it’s the first “Pro” machine to include Apple’s next-gen silicon and for another, it’s the first major redesigned MacBook in years. It’s also rumored to bring numerous ports and features long thought to be gone forever, so demand for the new laptop could be extremely high.

Since the new MacBook Pro will have a new chip, we don’t know how much it will be affected by the shortage. It’s possible that shipping isn’t as delayed as the iPhone, but it’s equally possible that the crunch will be worse due to a confluence of issues: new design, new processor, constrained components, supply-chain issues, and shipping backlogs. In short, it could be the most constrained Apple product of 2021.

What you can do to get a new Mac

Suppliers are doing what they can, but, as Canalys’ Rushabh Doshi puts it, “With the supply situation throwing curve-balls one after the other, PC vendors have it harder than anyone, as they manage this intricate and complex problem of supply and demand, where no magic formula exists.”

Is there anything a customer can do to make sure a newly-bought Mac arrives in time for the holidays? It seems as though we’re at the mercy of the market. If you know you want to buy a new MacBook Pro announced on October 18, you should place your order as soon as possible. That means you might have to wake up earlier than usual to place your order. If you can’t do that, then check the inventory at your local Apple Store—but keep in mind that you won’t be able to customize the laptop to your needs, you’ll have to pick and choose from what’s in stock.

You can also check third-party retailers such as Amazon and Best Buy at the preorder date. Customers tend to go to Apple first, since it has the biggest inventory. But you might be able to play that to your advantage and find a new MacBook Pro that ships in a short amount of time at a third-party.

But if none of that works and you get a ship date of December or—gasp—2022, it’ll be fine. After all, the say the best things come to those who wait. And we’ve been waiting so long anyway, what’s another couple of months.