Apple has released macOS 12 Monterey to the public this week after four months and 12 betas worth of testing, bringing a new Safari, Focus modes, and ..

Apple has released macOS 12 Monterey to the public this week after four months and 12 betas worth of testing, bringing a new Safari, Focus modes, and the Shortcuts app, along with a bunch of other new features.

Except for the best one that is. Of all the features unveiled during the WWDC demo, the most intriguing was Universal Control, which lets you use your Mac’s keyboard and trackpad to control a nearby iPad. Had there been an audience during Craig Federighi’s demo there would have been oohs, aahs, and multiple applause breaks. You can practically hear Steve Jobs’s trademark “Boom!”

But we still haven’t seen any trace of Universal Control. Apple finally updated the Monterey website to say Universal Control will be “available later this fall,” but we have no idea when it will actually arrive since developers haven’t seen hide nor hair of it. While it appeared to be seamless and downright magical during the keynote, the feature apparently isn’t even beta-ready despite Monterey being ready for public release. That doesn’t mean Apple won’t hit its fall target, but it’s not exactly reassuring.

Universal Control looks like the best Mac feature in years. An extension of the Continuity and Handoff features that connect your iPhone and Mac, Universal Control transforms the relationship between the Mac and the iPad by turning the tablet into not just a second display like Sidecar but one that lets you point, drag, and drop as if it was part of the same screen. 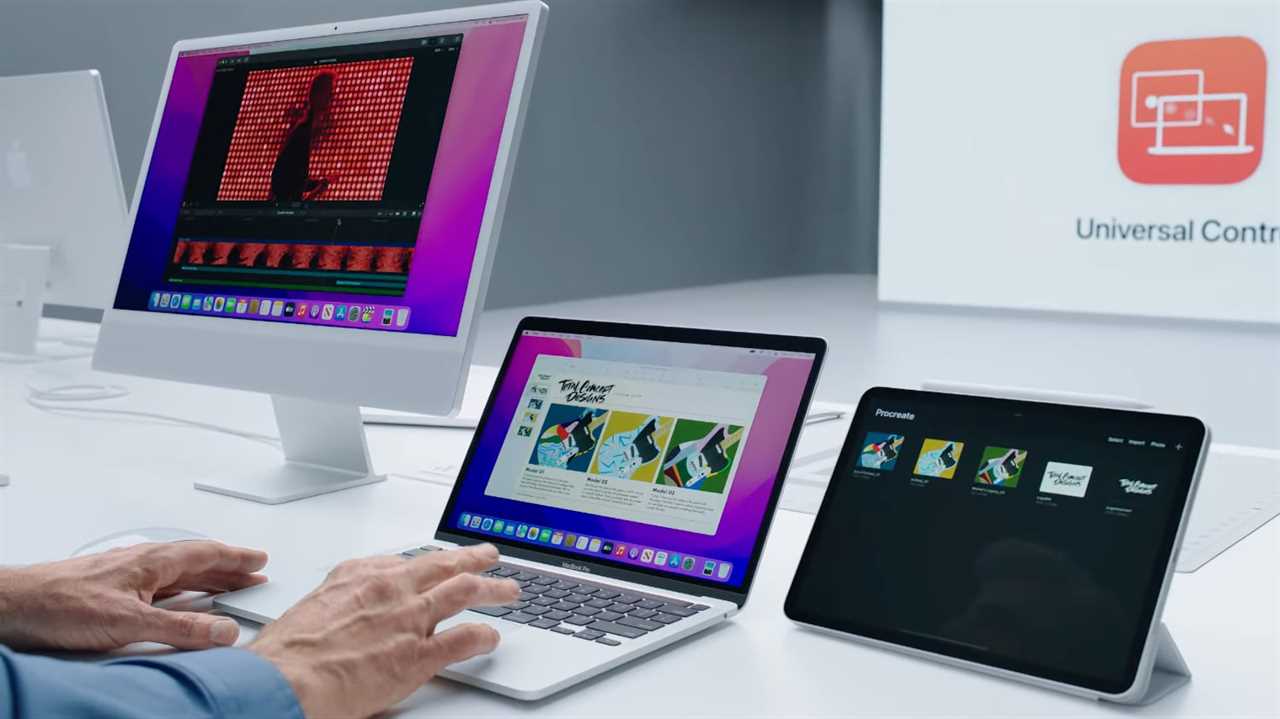 Universal Control lets you use your Mac’s mouse and keyboard to control your iPad.

You can drag files from an iPad Air onto your Mac’s desktop or from your MacBook into the Files app on your iPad while using the trackpad on your MacBook. It’s the kind of feature we didn’t actually know we needed but could end up being indispensable.

You’ll need a relatively new Mac and iPad to use it, but it could be a game-changer for the relationship between iOS and macOS. We’ve been waiting for years to see what Apple’s plan for the seeming inevitable merging of the two systems would be, and Universal Access seems like the first step toward that future.

We just need to get it first. Thankfully, the feature still exists on the macOS Monterey site so we have no reason to believe that Apple will “AirPower” it. And besides, delaying features isn’t without precedent. Last year, Apple pushed its App Tracking Transparency privacy feature in iOS 14 to the fifth revision, and Group FaceTime didn’t arrive until iOS 12.1.

But it’s hard to get excited about macOS Monterey when its best feature has yet to make an appearance.