iOS 15: Do you want to update right away?

Every time Apple drops a major new operating system update—whether macOS or iOS—there’s the question of whether or not you should upgrade right away..

Every time Apple drops a major new operating system update—whether macOS or iOS—there’s the question of whether or not you should upgrade right away or wait a while. Certainly, there’s a case to be made either way and plenty of variables at play. What are your needs? How willing are you to live with a few problems? How stable are the latest beta releases? What features are you going to gain?

Over the last several years, the latest version of iOS has been released at any time in the days following a September event—everything from the day after (in 2020) to nine days later (in 2019). With Apple’s “California streaming” event scheduled for September 14, we can probably expect the release of iOS 15 very soon.

Should you mash that update button right away, or wait? Here’s the case for and against.

Obviously, the biggest reason to update right away to iOS 15 is to get all those cool new features. There’s a lot of new stuff in FaceTime including different microphone focus modes, a new layout, and links for others to join your FaceTime conversation from the web on other devices. There are new “Shared with You” sections in apps to show content that people send you in Messages, Focus modes to limit distracting notifications, Safari improvements, the ability to scan text and translate text almost anywhere…the list goes on and on. 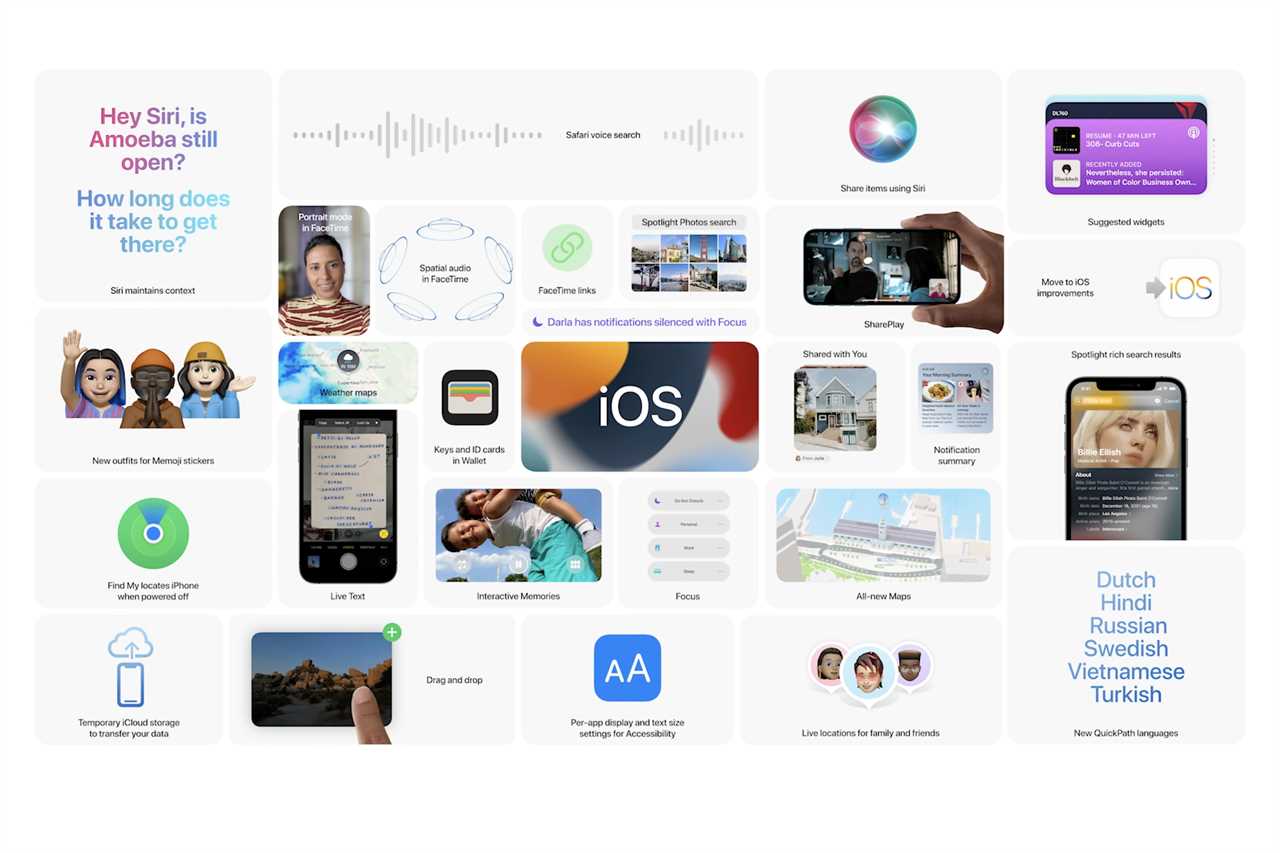 All these great features, free! Why would anyone want to wait?

Perhaps one of the biggest improvements is that Safari will process many requests entirely offline. If you don’t need an internet connection for the function (like getting a sports score or weather report), Siri processes the request entirely on-device. This makes it a lot faster and more secure.

Depending on how you use your iPhone, any one of these features could completely change your smartphone life. Combine that with all the under-the-hood improvements to security that Apple makes with every release, and it’s pretty hard to argue against upgrading. There’s a heap of improvements to your phone, they’re totally free, and you’re just not going to take them?

Of course, some iOS releases have been riddled with bugs in their first release. We’ve seen everything from frequent crashes to battery drain problems in earlier iOS releases. And some releases actually made things worse—who can forget the Apple Maps fiasco of iOS 6?

Fortunately, Apple has a better testing system in place these days, and as we approach the finish line we’re finding the iOS 15 beta to be quite stable and pleasant. There are never any guarantees, but the early signs point to iOS 15 being a relatively trouble-free release.

As a final reason to update right away: Apple’s somewhat controversial new method to scan for Child Sexual Abuse Material in images uploaded to iCloud has been delayed until later in the year. If you want iOS 15 but were wary of the method Apple is using to find this sort of troubling material, you should get the update before Apple adds it in a future update.

As great as it may be to get a bunch of free new features for your iPhone, it could also make sense to wait a few weeks, even a few months, before you update to iOS 15.

For starters, there are all the delayed features. Sure, iOS 15 will bring with it a host of welcome changes and improvements, but several of them won’t be part of the initial release. If you just want the whole iOS 15 experience, you can update your phone four or five times between now and the end of the year, or you can just wait and update it once. 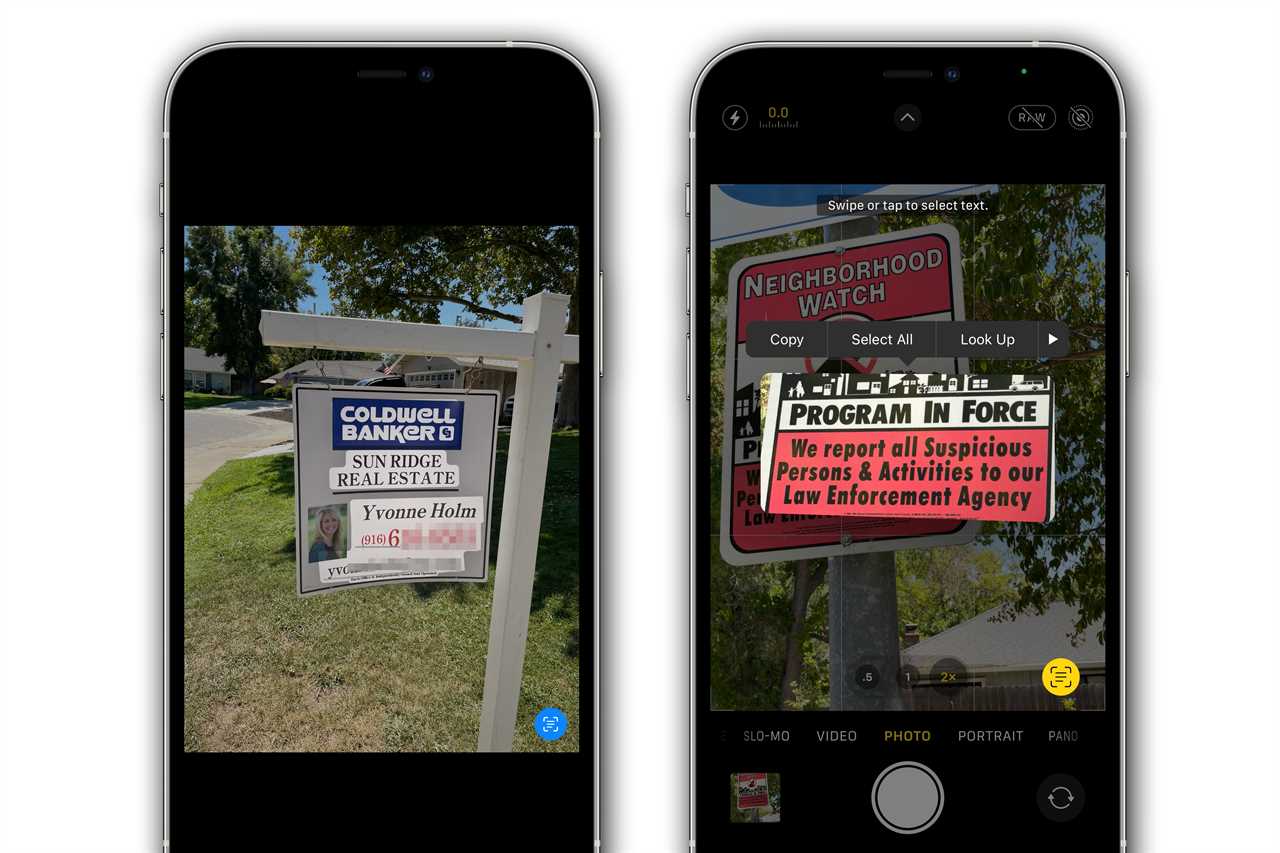 Among the features not available on older iPhones is Live Text. Just one more reason not to update right away if you have an old iPhone.

If you have an older iPhone, iOS 15 is still an improvement, but some of its cooler features are exclusive to newer hardware. If you have an iPhone XS or later, you’re good to go. But those with an iPhone 8/X or earlier will miss out on stuff like spatial audio and portrait mode in FaceTime, live text in photos, and offline Siri processing. We have a guide to which iOS 15 features are available on which iPhones.

Then there’s the ever-present worry about serious bugs. Apple’s internal testing and beta process are a lot better than it used to be, but new bugs are almost always discovered when the latest software gets pushed out to a few hundred million users. It’s highly likely that an iOS 15.0.1 bugfix release (if not iOS 15.1) will come within a couple of weeks of iOS 15.

Then there’s the issue of apps. It’s not like new iOS releases break apps very often, but apps do need an update in order to take advantage of new frameworks, APIs, and OS features. Depending on how you use your iPhone, the latest iOS update may not do a whole lot for you until your favorite apps are updated, too. For many popular apps, that happens within a week or two.

Macworld recommends: Update on newer iPhones, wait on older ones

If you have an iPhone XS or newer, we think the added features you get are worth updating immediately. Bugs in the final beta releases have been rare, and we think most users won’t really run into any significant problems—certainly nothing that would outweigh the new features you’ll get.

If you have an iPhone 8/X or older, you might consider waiting until iOS 15.1 or 15.2. You’ll be missing out on several features anyway, and combined with the features that are delayed until a later release, and the inevitable bugfix releases, you just don’t get quite as much for the trouble of updating several times. If you’re an enthusiast that likes to have the very latest, feel free to ignore this advice (you probably have the iOS 15 beta already, don’t you?), but if your iPhone is more than three years old you might save yourself a little headache just waiting until November to update to the latest version of iOS.