The beginning of Apple’s turnaround has been pegged to a lot of dates: when Steve Jobs returned to the company as part of its acquisition of NeXT in..

The beginning of Apple’s turnaround has been pegged to a lot of dates: when Steve Jobs returned to the company as part of its acquisition of NeXT in 1997, the debut of the original iMac in 1998, even the release of Mac OS X in 2001. But if you’re looking for the date that Apple truly charted its course for the market-dominating position it finds itself in today, you’ll have to go to October 23, 2001, on the calendar—or exactly 20 years ago.

That was the day that Apple took the wraps off a most unexpected product, but one that would go on to change everything for the company: the original iPod.

It’s about the music

I remember vividly where I was at the time of the original iPod’s announcement. Roughly two months into my senior year of college, I was sitting in Uris Library’s “Fish Bowl”, in front of my PowerBook G3, poring over all the details of this strange new brick on Apple’s webpage and various news sites. (There were no event livestreams in those days, nor even social media on which to get your hot takes—like this well-aged classic.)

A music player seemed like a strange move for Apple, a company which, until that point, had been focused on the personal computer as its main hardware product. It was the heyday of the MP3, traded illicitly over the internet via a succession of apps like Napster, LimeWire, and Kazaa. Two more years would go by before the iTunes Store ushered in an era of legit digital music purchases; at the time, the vast majority of music in people’s collections were either ripped from CDs or pirated (and sometimes both). 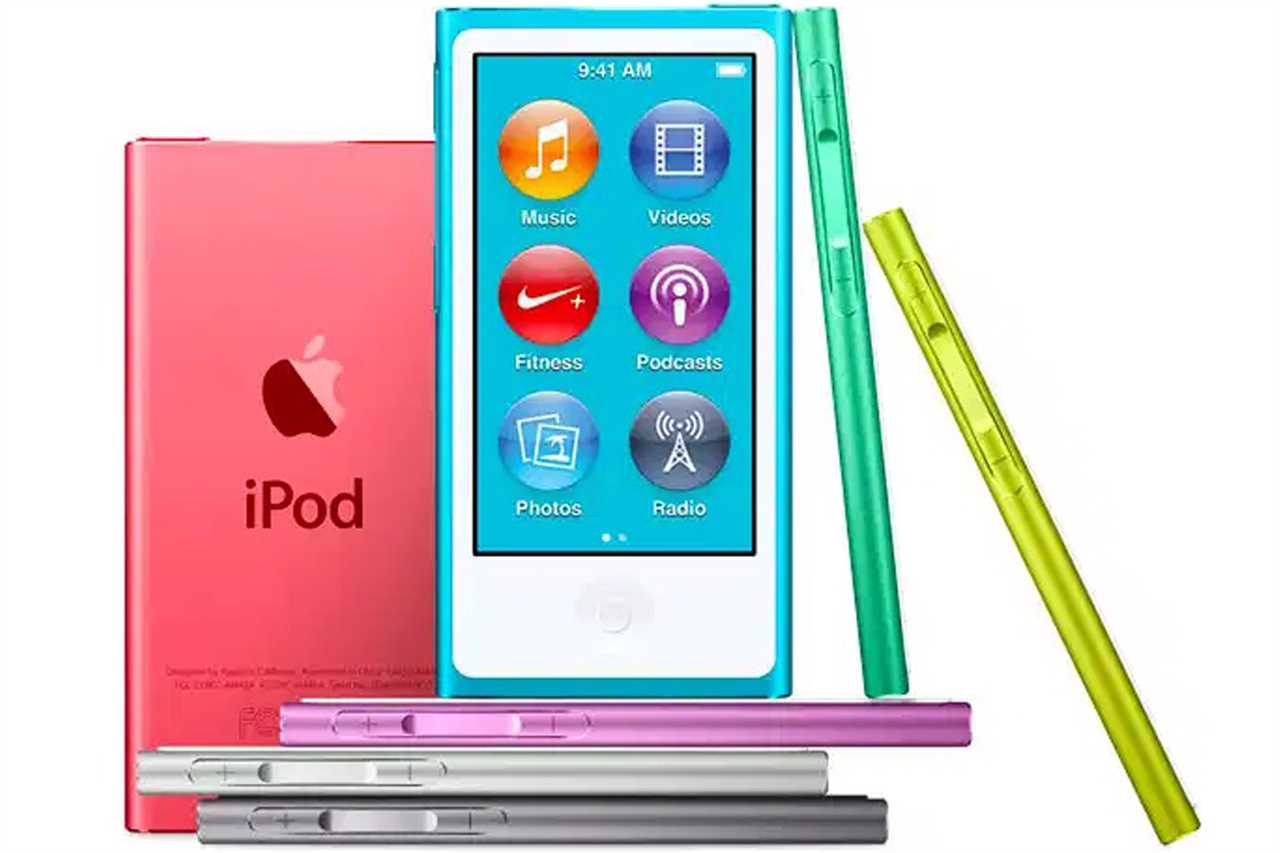 The iPod gave birth to a family of music players, including several incarnations of the iPod nano.

Most of the MP3 players that pre-dated the iPod depended on memory cards that could hold, at best, a handful of songs. A couple of years before the iPod’s release, I had to regularly park my car across campus from my dorm, and I would borrow my roommate’s Diamond Rio with 32MB of storage—just enough music to accompany my mile and a half walk.

But the iPod could, famously, hold a thousand songs on its 5GB hard drive. While there were other digital music players using hard drives at the time, what ended up setting the iPod apart were its intuitive wheel interface and Apple’s trademark ease of use.

At $399, it followed Apple’s well-established practice, even at that time, of not being the cheapest product around. But, like more than a few Apple gadgets, the iPod quickly became the “it” gadget of the day—especially after adding Windows compatibility in 2002. And, more to the point, its runaway success changed Apple’s fortunes dramatically.

iPod, you pod, we all pod

For me, the iPod had a momentous personal impact too. My first iPod was the first-generation model, and it changed the way that I consumed music. Like every teenager and college student of my era, I’d carried around a CD player and one of those seemingly ubiquitous folios of CDs. The pinnacle I could aspire to was the six-disc CD changer in my friend’s Volkswagen Jetta—a device so bulky, it had to live in the car’s trunk.

But the iPod was also far and away from Apple’s most prominent product when I started working at Macworld in 2006, already five years after the device’s release. I cut my teeth reviewing an endless slew of iPod cases and other accessories. I walked the halls of the Consumer Electronics Show in the days when it seemed like everybody was trying to capitalize on the iPod’s success, prefixing all their products with “i” or building 30-pin dock connectors into anything that could fit them. White earbuds, both Apple’s and the not infrequent imitations, were ubiquitous.

The iPod defined Apple in the 2000s and, for a while, it seemed as though it was such a tremendous, world-beating product that its success could never possibly ebb.

In that era, it sometimes seemed like the iPod would be the hit product in the history of Apple, but in retrospect, its prime lasted less than a decade. That original model was followed by revamps and new versions—the mini, the nano, the shuffle—but just six years later, “a widescreen iPod with touch controls” called the iPhone came along and ate its lunch.

Without the iPod, the iPhone might not have ever arrived.

The full-size iPod was discontinued in 2014 after it had spent five years without an update. The nano and shuffle lasted until 2017. Today, the iPod lives on only in the iPod touch, which, to be fair, bears far more resemblance to the iPhone than any iPod. (The iPod itself was, at one point, essentially reduced to an app on the iPhone, which bore an icon of the little music player, but even that is long gone now.)

In 2008, at the peak popularity of the device, Apple sold 54.8 million iPods. While Apple no longer reports unit sales of its products, in the latter half of the 2010s it was, on average, selling that many iPhones every quarter. The difference, from this vantage, is clear: fundamentally, the iPod was always a device built for entertainment, and thus, a luxury. Smartphones have, by comparison, become an actual necessity for many people’s lives.

Twenty years on from the iPod’s introduction, it’s odd to think of a time where Apple’s biggest product was mostly for listening to music. But though its era may be behind us now, its legacy survives in the form of Apple itself. The iPod paved the way for the tremendous and unprecedented success that Apple has seen. Without it raising Apple’s profile and bolstering its bottom line, it’s unlikely that the company could have gotten to the point where it could release the iPhone… or the iPad… or the Apple Watch… or whatever comes next. It’s not overstating matters to say that Apple owes all of its success to that little white rectangle and the future it brought with it.