It’s been six years since the first Apple Watch hit the market, and the device has seen some important changes in its time with cellular, larger..

It’s been six years since the first Apple Watch hit the market, and the device has seen some important changes in its time with cellular, larger displays, and more powerful sensors. Lately, however, it seems as if we’ve hit the part in a product’s life where the upgrades are incremental, but that could change this year with the Series 7. This article keeps track of the most creditable reports of the upcoming Apple Watch, so keep coming back for the latest news.

August 16: “A bit of a redesign, with flatter displays and updated screen technology” is coming this fall, according to a Bloomberg report.

August 1: In his Power On newsletter, Mark Gurman speculates that Apple may drop the pricier Edition material this year.

Jon Prosser of Front Page Tech reported that the Apple Watch Series 7 could feature a new design, one that has flat edges like the iPhone 12 and iPad Pro. Prosser created renders of the watch based on the information he has seen. Analyst Ming-Chi Kuo said back in November 2020 that the Series 7 watch will feature an “improved form factor,” while Mark Gurman recently reported that the Apple Watch could have thinner bezels and a slightly thicker case. 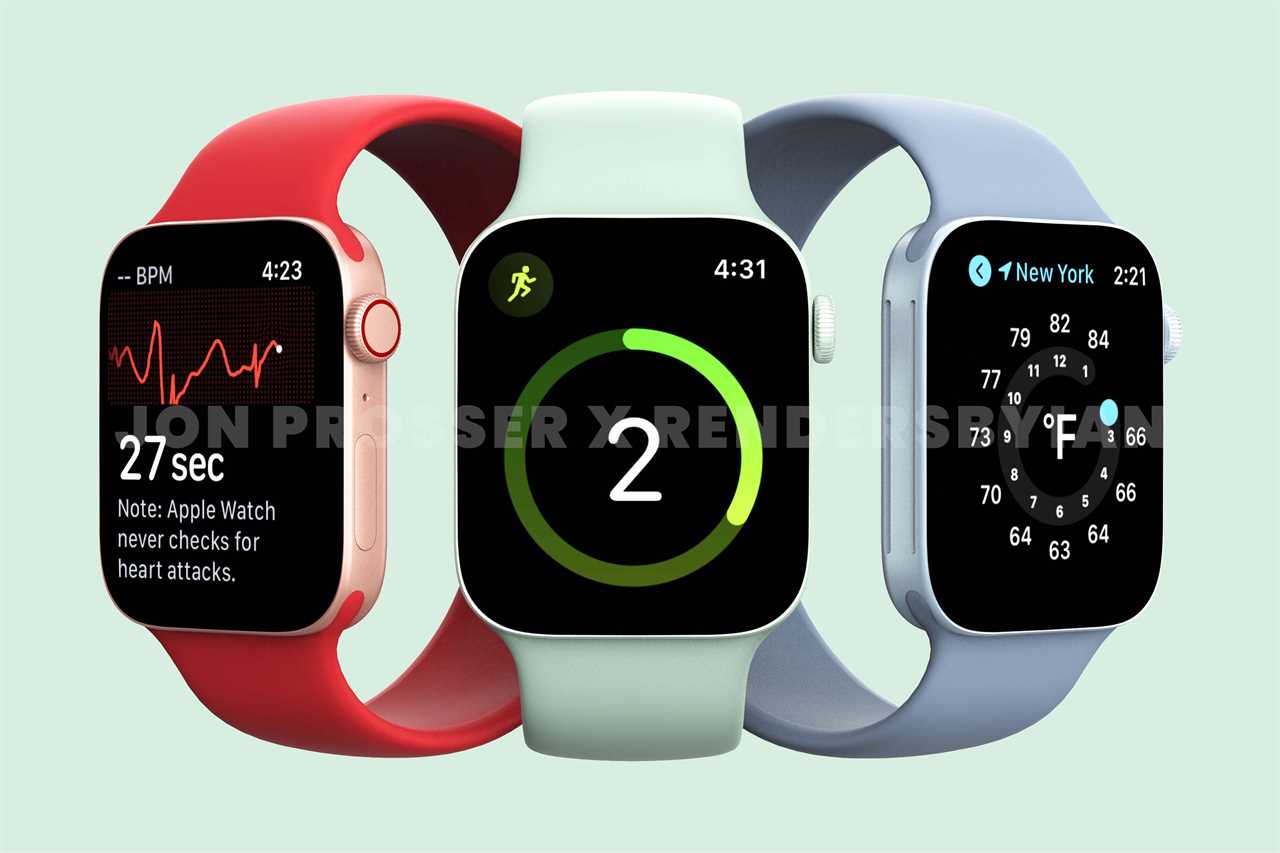 The Apple Watch Series 7 could come in new colors.

Prosser also said that Apple is experimenting with colors and the Series 7 may come in a variety of colors, like the 24-inch iMac. It’s not clear if the current blue and red colors would be sticking around.

In his August 1 Power On newsletter, Mark Gurman reports that Apple may drop the “pricier Edition material” this year. Apple has offered its Apple Watch in a variety of high-end finishes over the years, including solid gold, ceramic, and most recently, titanium. Possibly backing that up, French site Consomac reports that Apple has filed for six new Apple Watch models with the Eurasian Economic Commission (A2473, A2474, A2475, A2476, A2477, and A2478), two fewer than last year.

The Apple Watch Series 7 will likely have a different display. According to Gurman, Apple “has tested thinner display borders and a new lamination technique that brings the display closer to the front cover,” which could mean a slightly larger display. Apple last increased the display from 38mm and 42mm to 40mm and 44mm with the Series 4. It’s possible that Apple could increase the screen size gain by trimming the bezels further and adding a millimeter or two.

Bloomberg’s Gurman reported in August that “a bit of a redesign, with flatter displays and updated screen technology” is coming this fall, which is in line with the rumors we’ve heard but slightly less exciting. It’s starting to sound like the Apple Watch Series 7 will look a little different but not in any dramatic way.

A recent report by The Telegraph said that Apple is a customer of a company that specializes in next-gen health sensors, fueling speculation that the next Apple Watch will have blood pressure, glucose, and alcohol level monitoring. However, Bloomberg reported that while Apple is working on such functionality, it won’t be ready for the Series 7 and made not be ready “for several more years.”

Also on the backburner is a body temperature sensor. According to Bloomberg, Apple wanted to put this feature into the Series 7 watch but has decided to push it back until at least 2022. Earlier this year, Bloomberg reported that the Series 7 watch could have new swim-tracking features, but details of these features were not provided. The Apple Watch already measures distance, laps, and splits, but Apple could implement stroke detection and other higher-end tracking features.

Gurman also reported that new Fitness+ features are also coming for the new Apple Watch, including Time to Run and Audio Meditations. It’s not clear whether they will be exclusive to the new Apple Watches are available for older models as well.

Mark Gurman of Bloomberg reported that Apple could release an Apple Watch with a “rugged casing,” which could appeal to users who participate in extreme events and sports. Such a watch could have an exterior that’s more scratch- and impact-resistant to better compete with Casio and Luminox rugged watches. Gurman initially said that Apple could decide to cancel or delay the plans for the rugged watch and more recently reported that plans were likely pushed to 2022. 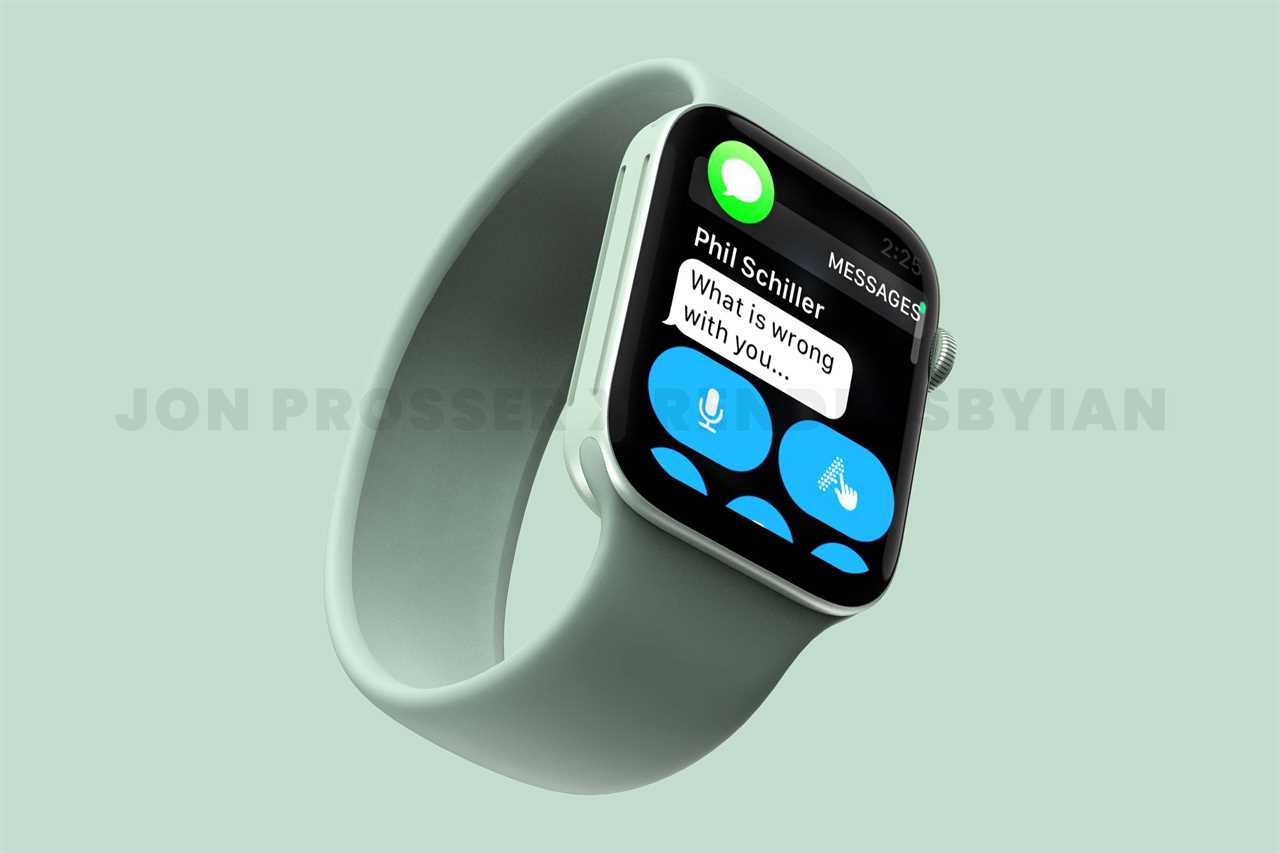 The Apple Watch Series 7 could have advanced swim-tracking features.

Reports of the processor in the Series 7 watch have not come up, but based on the S6 system in package in the current Apple Watch Series 6, we can expect to find an S7 in the next watch. The S6 in the Series 6 is up to 20 percent faster than the S5 SiP, so similar gains are likely for the S7. It’s also possible that greater efficiency brings better battery life.

Bloomberg also reported that the Series 7 watch could bring updated ultra-wideband functionality. Apple first introduced the ultra-wide band U1 chip with the Apple Watch Series 6 and since has expanded the tech’s usefulness with AirTag trackers, and digital keys in Wallet. It’s not clear how Apple would upgrade the tech in the Apple Watch Series 7, but it will likely mean a U2 chip.

A DigiTimes report claims that Apple will use a new double-sided chip packaging process to further shrink the size of the S7 chip, which could allow room for more battery or other components, or to shrink the overall thickness of the watch. A follow-up report from the Economic Daily news out of China suggests that Apple is freeing up space to make room for a larger capacity battery. The Apple Watch has historically had a battery around 300mAh, so a boost to 350mAh or 400mAh could dramatically extend the duration.

Apple has supported all previous bands with each model of the Apple Watch, but a new design could mean that newer bands aren’t backward compatible. Of note, the Solo Loop bands aren’t compatible with any model before the Apple Watch Series 4, when Apple introduced the larger display models. 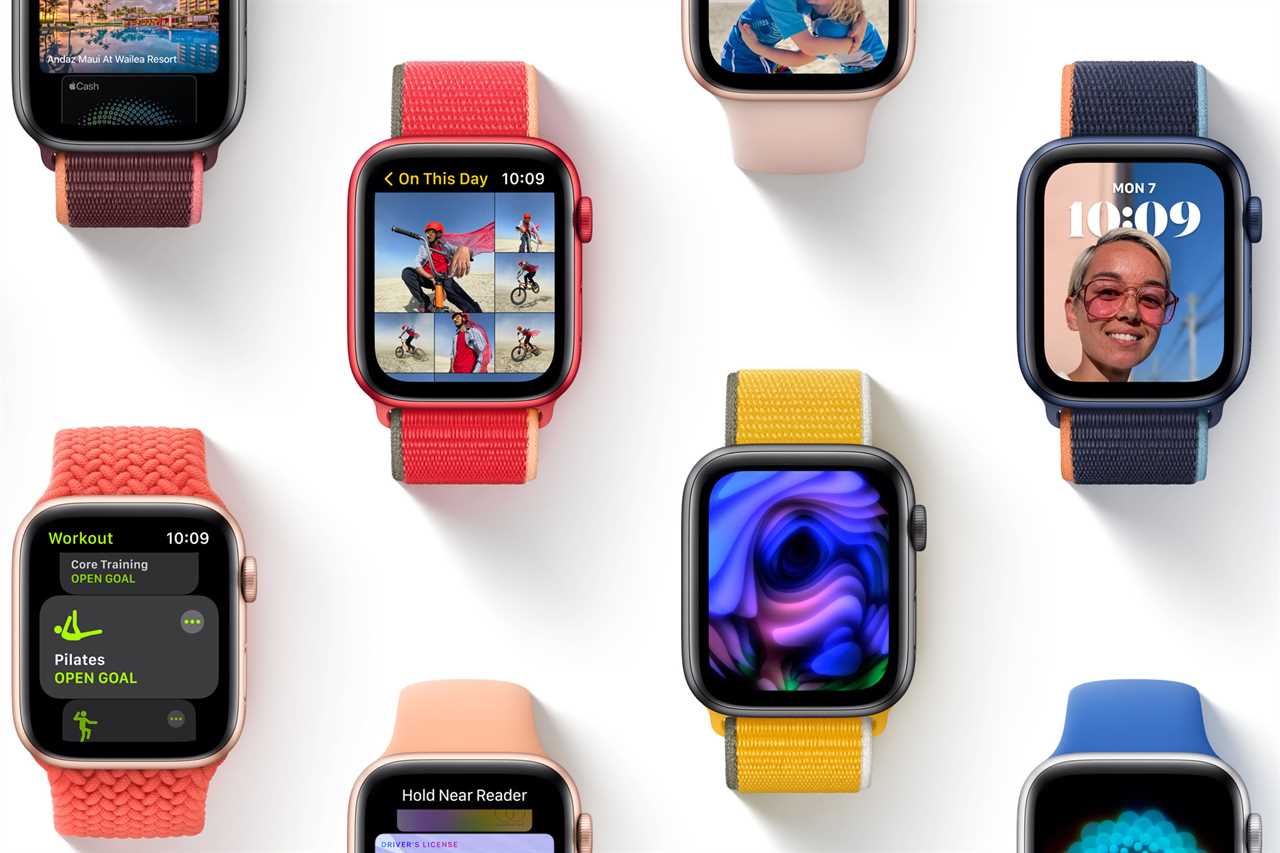 Apple announced watchOS 8 at WWDC, which has several new features, including digital keys, a new Mindfulness app, and a Portraits face. All of these features will be available on the Apple Watch Series 7 as well as any new features that are specific to the new device.