Team USA in collision with Boomers

The difference: The Americans had Kevin Durant.

He's never gone to the Olympics and not won gold — and clearly, doesn't plan on that changing. Durant scored 29 points to keep his quest for a third Olympic title alive, and the Americans are headed to the medal round after ousting Spain 95-81 today in a quarter-final matchup at the Tokyo Games. 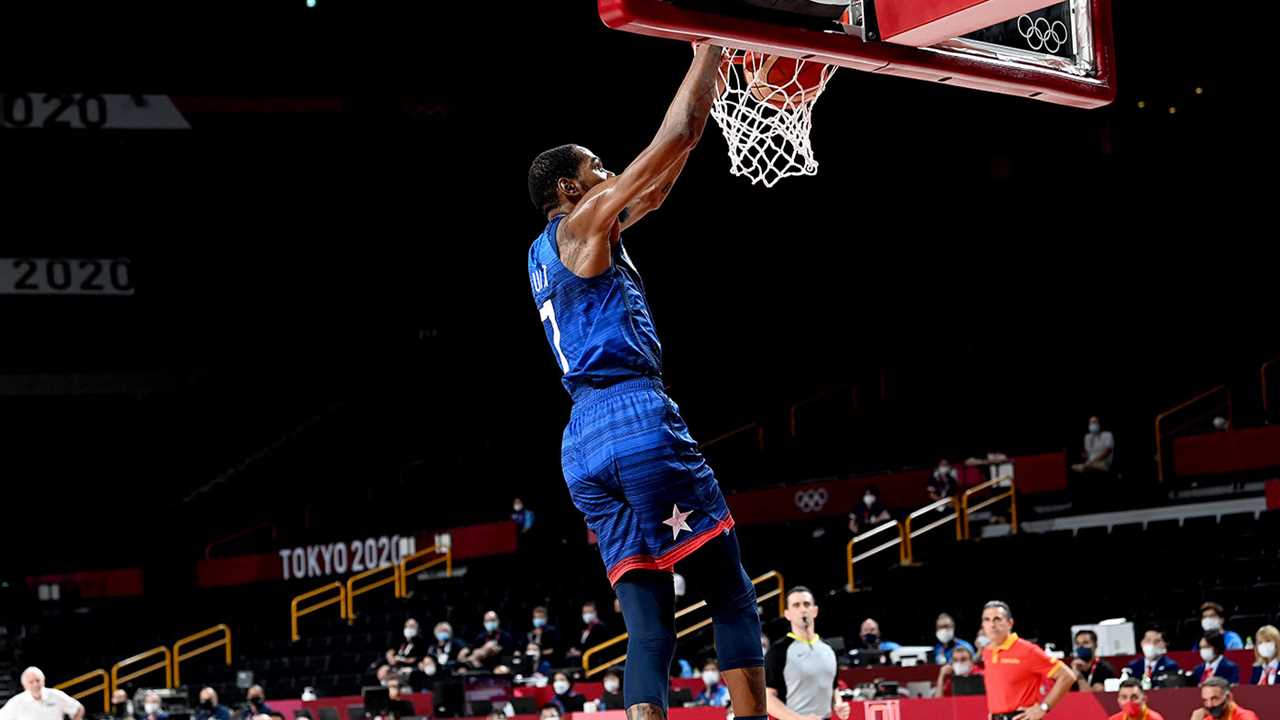 Jayson Tatum scored 13 and Jrue Holiday added 12 for the US, which will play either Australia or Argentina in the semifinals on Thursday. The Americans also gave themselves the chance of extending a streak like none other in Olympic basketball history — in all 18 of their previous Olympic men's basketball appearances, they've gone home with a medal.

All eyes now for Australian fans are on the Boomers who clash with Argentina from 10pm AEST tonight.

It wasn't easy, and rarely is against Spain. This was the fifth time the teams had met in the Olympic quarterfinals or later since 2004; the U.S. is now 5-0 in those games, but the margin of victory in those is a close-by-American-Olympic-standards: 9.2 points.

And this one was no different. Spain actually led by 10 in the second quarter, before the US went on what became a 36-10 run over the next nine minutes to take control for good. 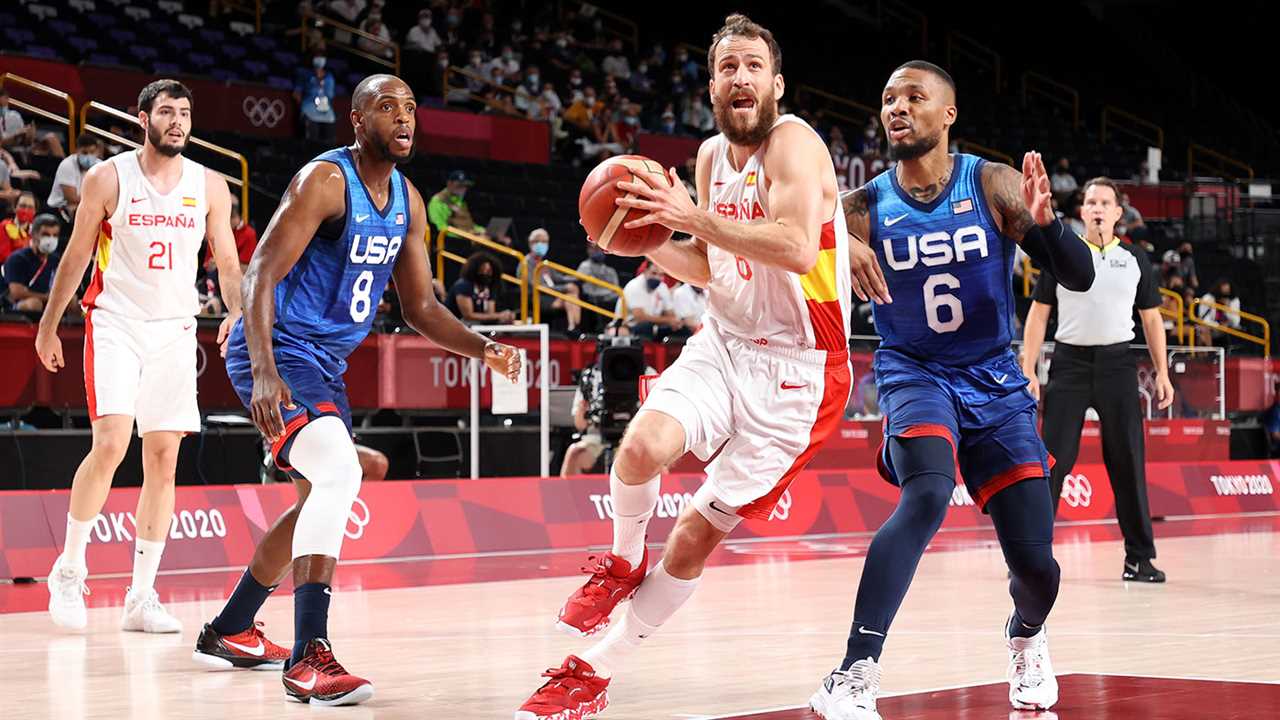 Spain had won three consecutive Olympic medals, taking silvers after losing to the U.S. in the gold-medal games in 2008 and 2012, followed by a bronze in 2016 after falling to the U.S. in the semifinals. And this may be the last time that the Spanish roster has some of its longtime mainstays; Pau Gasol is 41, other top players like Marc Gasol and Rudy Fernandez are much closer to the end than the beginning, and this might have been Spain's best chance to beat the U.S. at the Olympics.

"I think it's time for somebody else to enjoy the ride," Marc Gasol said, indicating he's playing for Spain for the final time, after a game where he and his brother both went scoreless — an unthinkable concept in Spanish basketball for two decades. "I think it's time for me to get off the ride and for some young guys to step on and enjoy it."

Spain got down seven early, then simply did whatever it wanted against the U.S. for a 10-minute stretch of the first half. It was a 29-12 run by the time it was over, a burst that turned a 17-10 early deficit into a 39-29 lead with 3:25 left until halftime. 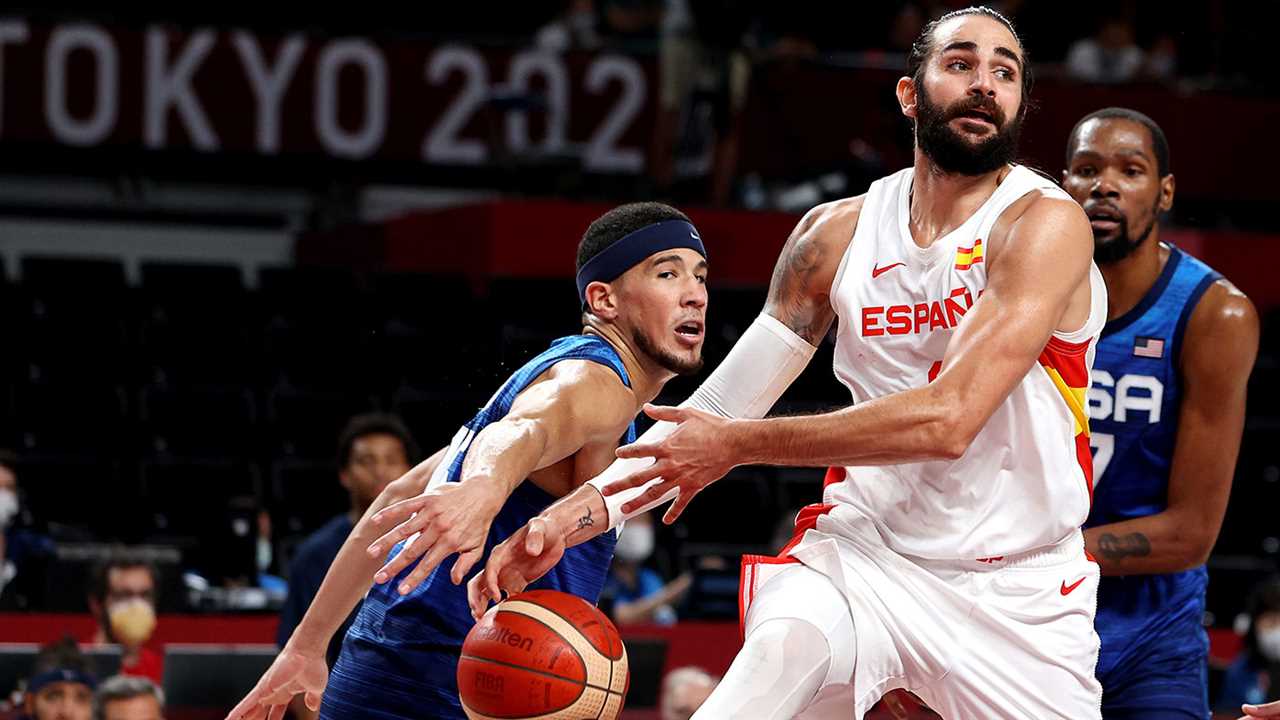 Spain shot 13 for 22 during that stretch, the U.S. just 5 for 22 — missing 12 of its last 13 shots in the run. But just when it looked like the Americans were in big trouble, it was their turn to rally.

A 14-4 U.S. run to close the half made it a 43-43 game at intermission, the burst capped by seven consecutive points over the final 70 seconds. And with that, it was a 20-minute game to decide who would play for medals and who would be going home earlier than planned.

"A team with so much firepower, you learn," Marc Gasol said. "You learn."