Rumours about transfer: Arsenal see Juventus’ Melo as a solution in midfield with Vlahovic being the saviour, while Tottenham and Conte don't see eye-to-eye

With a host of their players falling victim to COVID and being forced to withdraw from matches, many European clubs are finding themselves in a bind..

With a host of their players falling victim to COVID and being forced to withdraw from matches, many European clubs are finding themselves in a bind when it comes to squad depth and the personnel required to fill the spaces created.

With the absence of African stars on duty at the Africa Cup of Nations applying further strain on the talent pool available to managers, picking up an appropriate and well-valued replacement during the transfer window appears to have become the objective of quite a few clubs feeling the pressure.

While Arsenal may be occupying themselves with the madcap chase for Dusan Vlahovic in a deal that could see their jettisoning of other players made all worth the while, they have found themselves in something of a midfield quandary. As such, an enquiry into the prospect of signing Arthur Melo from Juventus has been made, with a loan deal suiting the Gunners’ purposes to a tee and solving the short-term crisis that has them threadbare in central midfield. 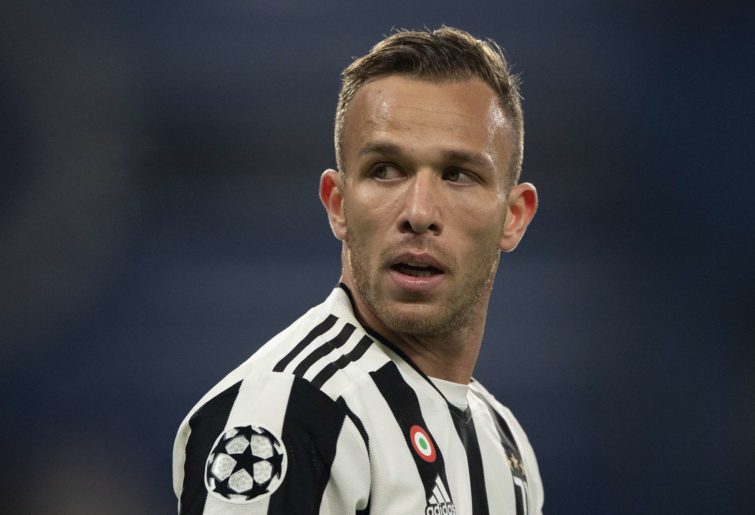 The relationship between Tottenham Hotspur and Tanguy Ndombele appears to be clearly defined after the French midfielder was left out of Antonio Conte’s squad for the Carabao Cup semi-final against Chelsea. Such a decision appeared to rubberstamp the view that the club is more than happy to depart with a player not part of its long-term future plans. Or are they?

Conte made the most bizarre of comments when asked about Ndombele, attempting to suggest that any decision to leave him out of the game-day squad was well and truly out of his hands. “I don’t take the decision if I don’t consult the club. There is the club line and I have to follow the club line.”

Such gobbledygook suggests the club and manager are not quite seeing eye to eye on the role of the enigmatic midfielder, with his future up in the air and the prospect of a move during the winter transfer window unlikely at this stage.

West Ham United continue to play things close to their chest during the transfer window, with manager David Moyes stating publicly that he is keen to bring in a centre forward to alleviate some of the load on Michail Antonio, yet he is loath to do so without finding the right man to do the job.

Pressure is mounting at the London Stadium, with Jesse Lingard still a chance to return, yet initial hopes of luring Dusan Vlahovic appear to have been dashed by an enthusiastic Arsenal. While the Hammers sit fourth on the Premier League ladder and continue to impress, the harsh reality is that they do need further acquisitions should they even dream of competing with those above them in the league and the teams they will face during the knock-out phase of the Europa League next month.

Rumours have emerged that an earlier offer made by West Ham to Flamengo striker Gabriel Barbosa has yet to be denied by the player and club, with the Hammers keen to continue to explore the chances of bringing the talented Brazilian to England in the near future.

Filip Benkovic has left Leicester City and is reportedly about to undergo a physical at Udinese in Italy. Burnley are yet to make a formal offer yet remain keen on Lens midfielder Seko Fofana, with a reported value of around £14 million (A$26.3 million) placed on the talented Ivorian’s head. With Chris Wood on his way to Newcastle, Burnley will need to bolster, and the talented Fofana could well be a good starting point for a team needing an injection to avoid the drop in 2021-22.

Wood’s new club are also in need of an assurance that they too will be competing in the English Premier League next season. A reported approach to Sevilla for the signature of Diego Carlos, worth somewhere near £28 million (A$52.7 million), is a good place to start. The experienced Brazilian defender could well be an asset for the Magpies as they look to plug the holes that have held them back over the first third of the season. As too could Hugo Ekitike, with reports suggesting the 19-year-old Frenchman is excited about the prospect of heading to England and Reims not completely against the financial benefit they could take from any such arrangement.

After what was something of a slow day on the ‘deals done’ side of the transfer window, the rumour mill has continued in full swing, with some of the biggest names in Europe bandied about by pundits, journalists, managers and club executives.

Be sure to stick with The Roar for all the transfer rumours and moves as we reach the midway point of the January window.