Retired twice and 35yo plans another AFL return

Hulking ruckman Shane Mumford has already retired from the AFL twice, but could make another shock comeback next season.The now-35-year-old..

Hulking ruckman Shane Mumford has already retired from the AFL twice, but could make another shock comeback next season.

The now-35-year-old originally retired from the professional game in 2017 due to a serious foot injury.

He spent a year working with GWS Giants as their ruck coach, but then in season 2019 made a surprise return to the AFL after deciding he was fit again and still had the desire to play at the top level.

Mumford played a further three seasons with the Giants but last month announced his retirement for a second time.

It was assumed this retirement would be final, given his age and the emergence of younger ruckmen at the western Sydney club.

But now the 216-gamer has nominated for next week's AFL draft. 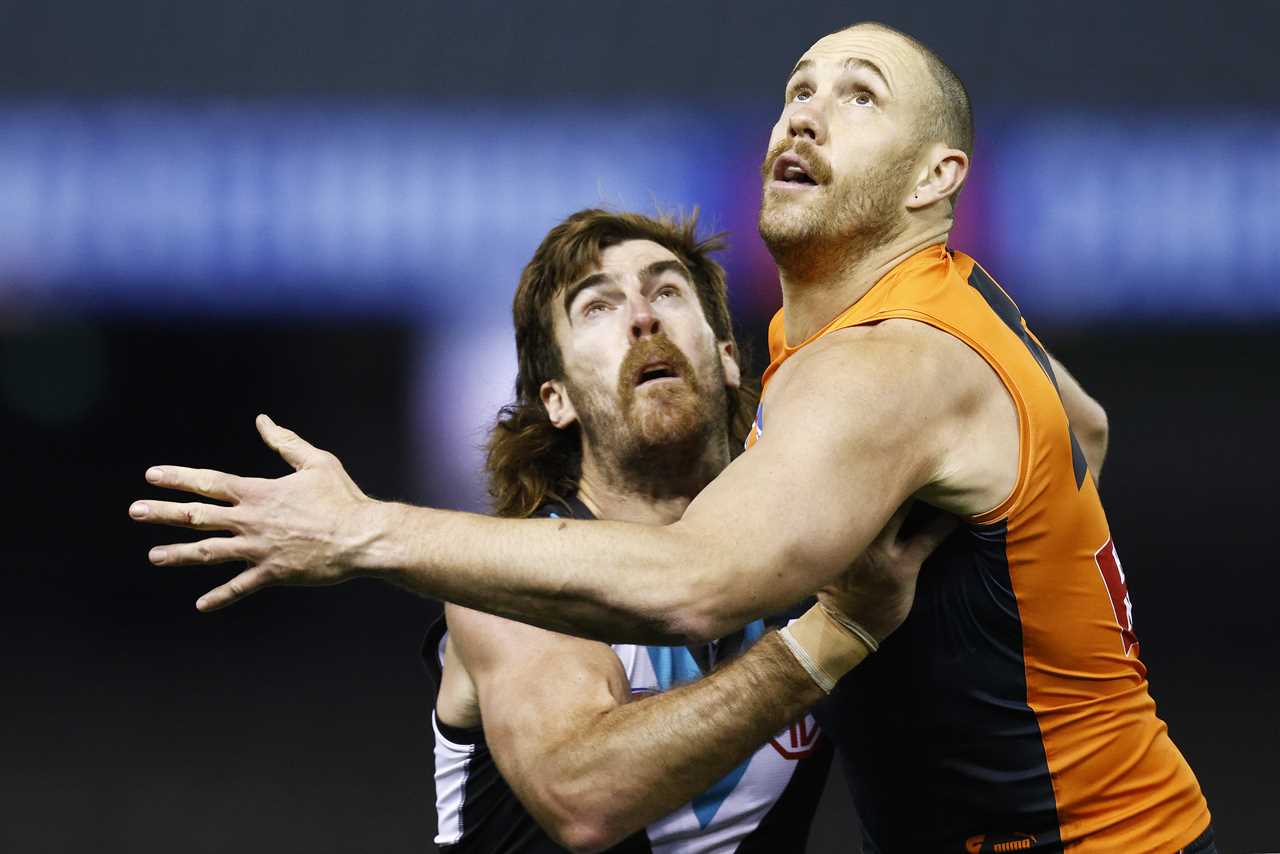 It may seem like a dumbfounding move and it's highly unlikely he will be picked up by a club next week.

But reports say the Giants have convinced him to nominate so he will be available for the mid-season draft, if they decide they need him.

AFL clubs can bring players onto their list mid-season to cover for serious injuries, with those players dropping to a long-term injured list.

READ MORE: Tim Tszyu calls on dad to get organising if he wants title defence in Russia

The rules state if a player didn't nominate for the previous year's draft, they can't be picked up by their original club again at the mid-season draft.

So while Mumford's surprise third coming isn't expected to happen any time soon, it's a possibility of eventuating mid-next year.

Mumford still works for the Giants and would provide an experienced head to throw into the team if GWS did suddenly find itself drastically short on tall men.

Braydon Preuss, Matthew Flynn, and Kieren Briggs are the recognised ruckmen on GWS's list for next season currently.