Serbia is nervously awaiting the outcome of what increasingly looks like a soap opera with the country's most famous sports idol in the lead role.The ..

Serbia is nervously awaiting the outcome of what increasingly looks like a soap opera with the country's most famous sports idol in the lead role.

The world's top-ranked men's tennis player, Novak Djokovic, faces the prospect of deportation from Australia, where he had hoped to win his 21st Grand Slam title at this month's Australian Open, which would set the men’s record for major championship victories.

READ MORE: Djokovic in guarded room after landing in Australia as dad speaks out

The 34-year-old Serb's ability to compete in Melbourne and overtake rivals Rafael Nadal and Roger Federer has been in limbo since the Australian Border Force cancelled Djokovic’s visa because he failed to meet requirements for a COVID-19 vaccination exemption. A court hearing on the case has been set for Monday.

Djokovic’s fans at home are in shock, and Serbian politicians have seized on the opportunity to get a popularity boost ahead of this year’s elections as protesters gathered in downtown Belgrade calling for the tennis star's release. 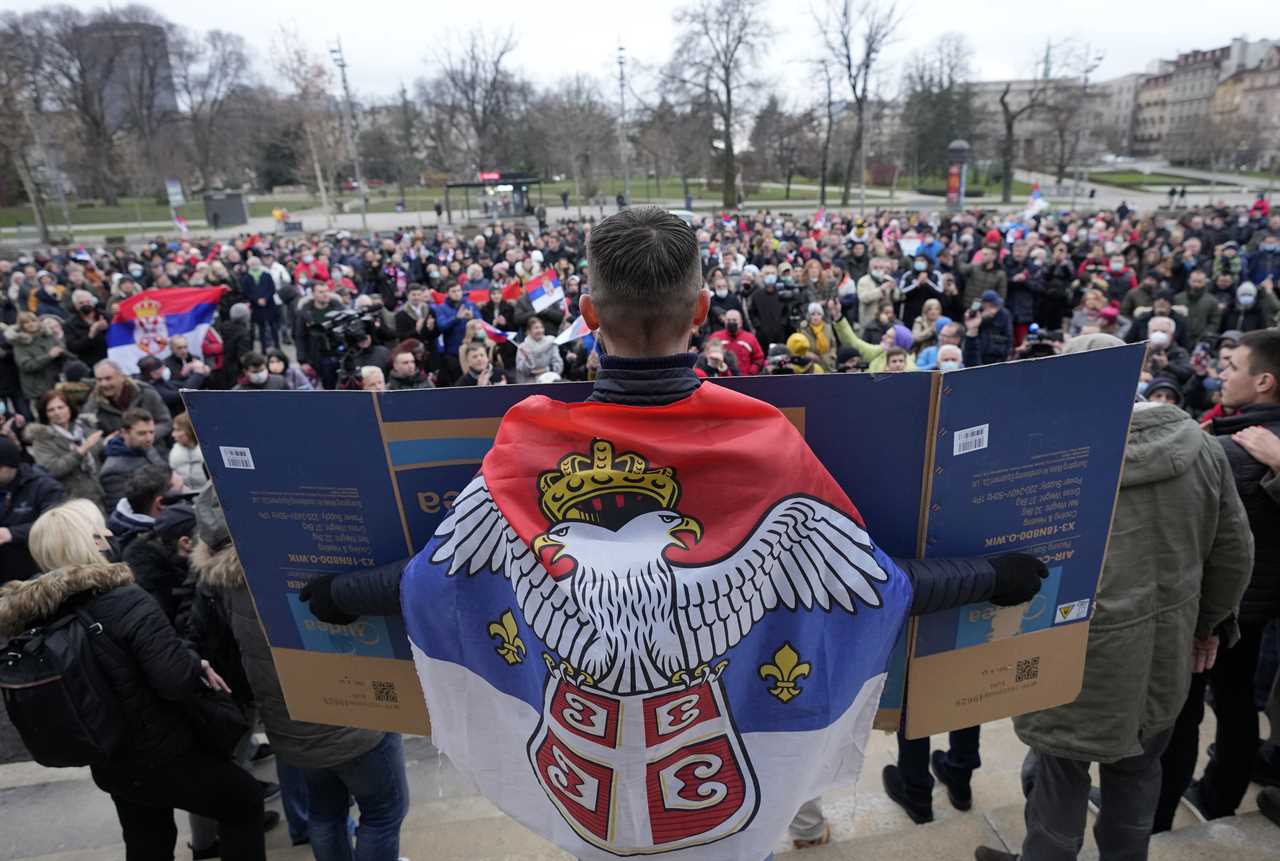 Vucic said he had spoken to Djokovic and blasted Australian authorities for keeping the tennis star in an “infamous hotel,” referring to the secure facility where Djokovic is being housed along with asylum seekers and refugees.

“I’m afraid that this overkill will continue,” Vucic said. “When you can’t defeat someone on the court, then you do such things.”

Most of Djokovic’s fans at home agree, reflecting the anti-Serb conspiracy theories that are pervasive in the Balkans.

“It is historically evident that the world has something against the Serbs,” said Darko Ikonic, a Belgrade resident.

“I’m not saying that Serbs are heavenly people or anything similar, that is a nonsense," he added. "But it is obvious that they do not want him to be the best tennis player in history because they like other tennis players, such as Nadal or Federer, better.” 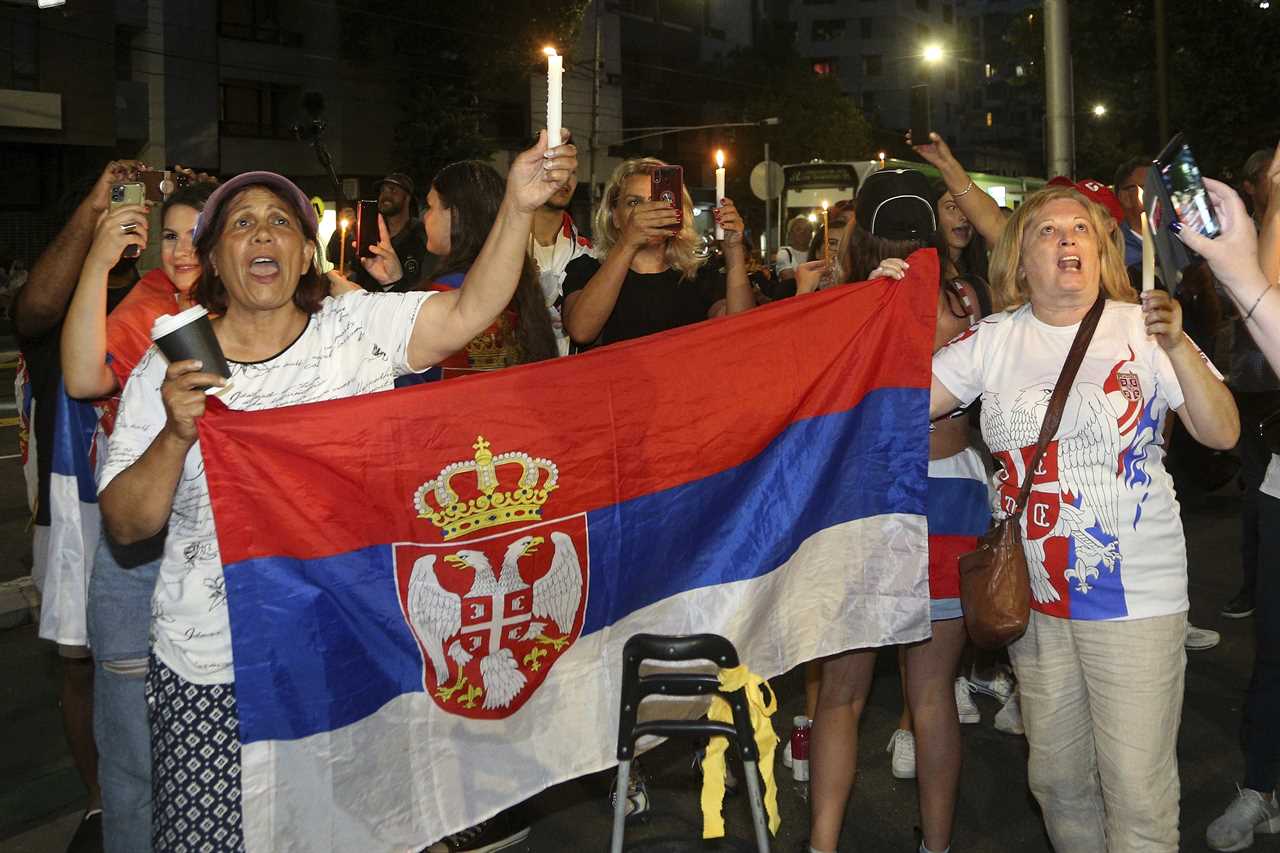 The odds that a player from Serbia, a Balkan country bombarded by NATO in 1999 while Djokovic was a boy, economically crippled, with few tennis courts and little tennis pedigree, would become the world’s No. 1 were close to zero.

However, Djokovic did it, creating a huge following in Serbia as well as neighboring Balkan states despite being heavily criticised abroad for his frequent on court theatrics and outbursts, as well as his approach to the COVID-19 pandemic and refusing to disclose whether he has been vaccinated or not.

He has had a fraught relationship with some spectators around the world, perhaps because he is seen by supporters of Federer and Nadal as an interloper, the third member of the sport’s so-called Big Three. He is the youngest of the trio — Federer is 40; Nadal 35 — and came along after the “Fedal” rivalry had captured so much attention.

At the beginning of the 2011 season, Federer owned 16 major titles, Nadal nine and Djokovic one. Over the next decade, Djokovic kept gaining on them, helped in part by compiling a winning record against each.

And while he does tend to hear plenty of support from crowds otherwise, Djokovic always has seemed to receive less support when his opponent was Federer or Nadal. In terms of endorsements, Djokovic earned less than half of what Federer did from May 2020 to May 2021, according to Forbes. 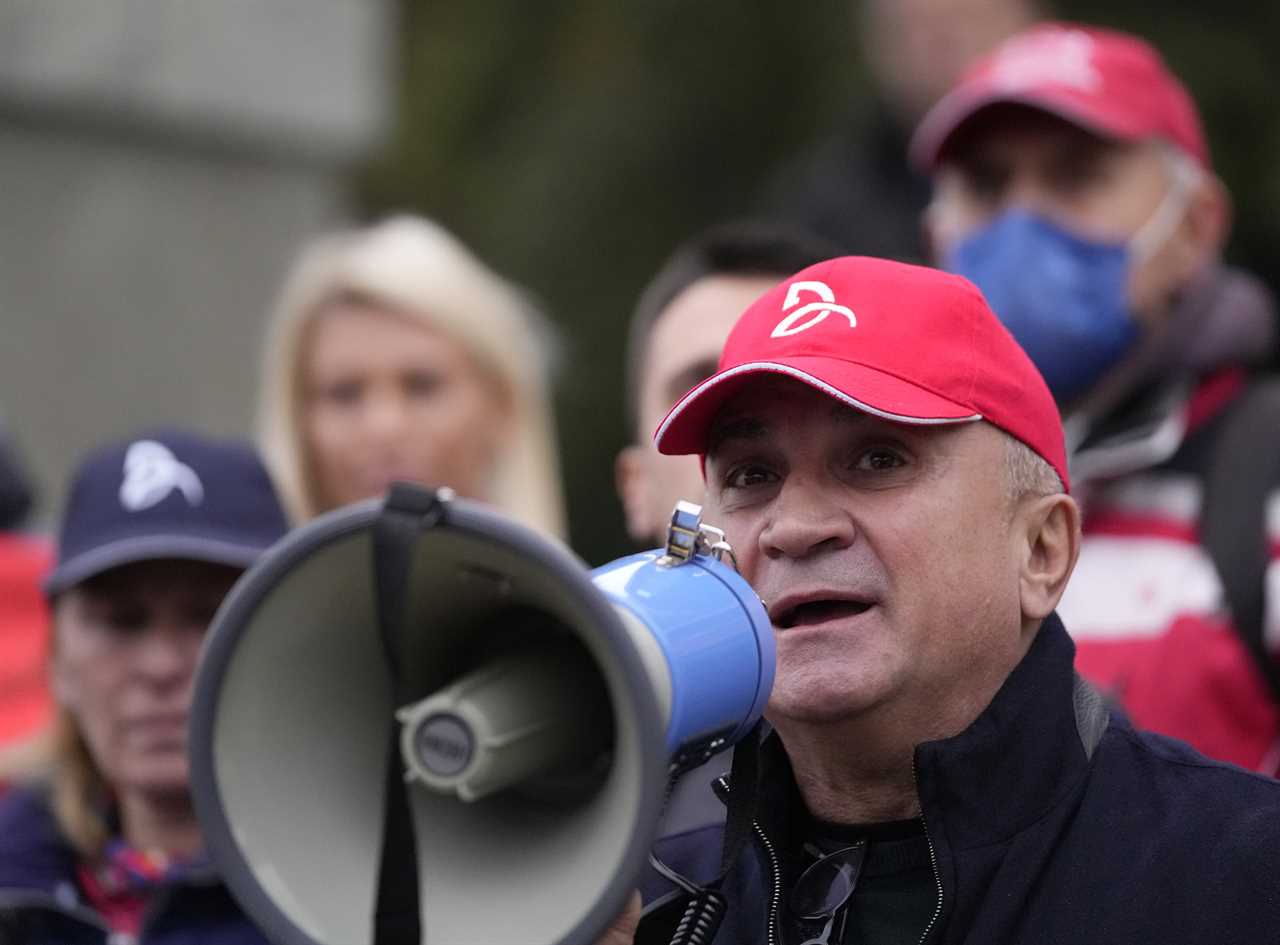 On and off the court, Djokovic says and does what he wants, whether it is his anti-vaccine stance, his attempt to start a players’ association outside of the official channels supported by Nadal and Federer or occasional flashes of temper while playing. That included throwing and smashing his racket during the Tokyo Olympics and other matches or, most infamously, when he was disqualified from the 2020 U.S. Open after accidentally hitting a line judge in the throat with a ball after dropping a game.

In the midst of the pandemic in 2020, and with professional tennis shut down, Djokovic organised the Adria Tour, a series of exhibition events without social distancing in his native Serbia and neighboring Croatia.

The tournament was abandoned after several participants tested positive for coronavirus. Djokovic and his wife Jelena went on to reveal positive tests.

Djokovic's father, Srdjan Djokovic, said Thursday that his son is the symbol of a “free world” and an attack on him amounted to an attack on Serbia.

He accused Australia and the West in general of “mistreating” Djokovic because he is a Serb and evoked the 1999 bombing by NATO of Serbia over its breakaway province of Kosovo. 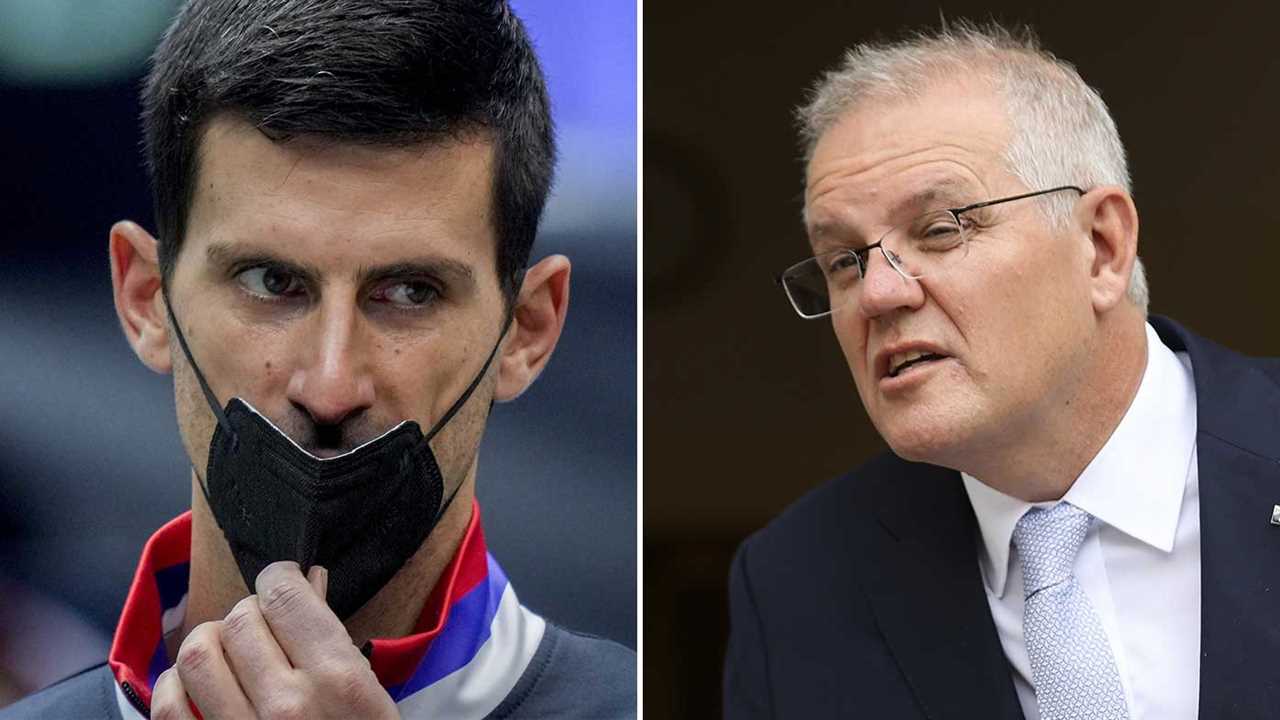 “Shame on them, the entire freedom-loving world should rise together with Serbia,” Srdjan Djokovic said. “They crucified Jesus and now they are trying to crucify Novak the same way and force him on his knees.”

He led a demonstration alongside a few hundred others in front of the country's parliament as he took aim at Prime Minister Scott Morrison.

"We are not calling for violence … only for support" for Novak, Srdjan shouted into a megaphone, as the crowd waved Serbian flags and homemade signs, including a banner that read: "They are afraid of the best, stop corona fascism."

"They're keeping him in captivity. They're stomping all over Novak to stomp all over Serbia and Serbian people," Srdjan added.

"Morrison and his like have dared attack Novak to bring Serbia to its knees. Serbia has always shown that he comes from a proud nation.

"This has nothing to do with sports, this is a political agenda. Novak is the best player and the best athlete in the world, but several hundred million people from the West can't stomach that.

"You, famous Prime Minister of the faraway naturally beautiful country, are behaving according to your own principles, which have nothing to do with us and our principles.

"Jesus was crucified on the cross … but he is still alive among us. They are trying to crucify and belittle Novak and throw him to his knees.

"We are part of the freedom-loving world, more than seven billion of us cannot be the prisoners of these … the very name says it all about their Prime Minister, Scott Morrison ("Skot" is a derogatory word in Serbian)."

Srdjan also read out a message to the crowd he said was from Djokovic, which read: "God sees everything. Moral and ethics as the greatest ideals are the shining stars towards spiritual ascension. My grace is spiritual and theirs is material wealth."

Read More
Did you miss our previous article...
https://brands.delivery/sports/trade-and-draft-review-suns-steadily-consolidate
soapoperathelead