Lando Norris has scored a win over Daniel Ricciardo on the cusp of Sunday's Russian Grand Prix, burning the Australian in a hilarious Twitter hack..

Lando Norris has scored a win over Daniel Ricciardo on the cusp of Sunday's Russian Grand Prix, burning the Australian in a hilarious Twitter hack.

"Apart from just getting beat 5-0 by Lando in table tennis, he's taught me so much this year, especially in high-speed corners. Impressive," Norris wrote.

"He's got some large cojones. Something I don't have."

The young Briton then posted a photo of himself on Ricciardo's account with a booming, mischievous grin, dropping the caption: "Hopefully my last tweet now makes more sense."

Norris, 21, showed his irritating side when he complained on team radio during the Italian Grand Prix that Ricciardo, 32, was driving "too slow".

Norris had also waved to Ricciardo as he lapped him in Monaco in May, although the youngster slammed claims that he was being spiteful as "absolute crap and nonsense".

Norris has outperformed Ricciardo in the Western Australian's first season with McLaren.

While Ricciardo produced a sublime drive to win the Italian Grand Prix, it was only his third top-five placing and first podium finish this season. 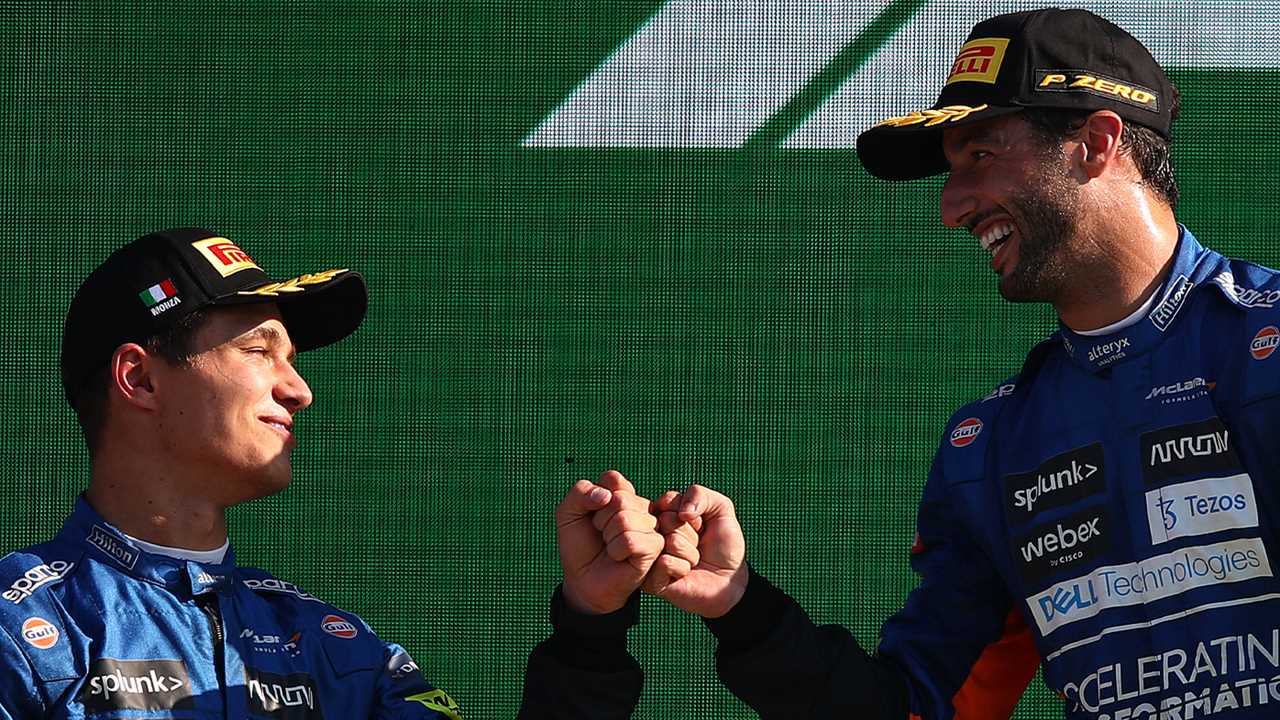 On the contrary, Norris' second-placed finish in Monza was his 10th top-five placing and fourth podium finish.

Norris is sitting fourth in the drivers' world championship standings on 132 points, while Ricciardo is in eighth on 83 points.

The former Red Bull and Renault driver said the summer break had allowed him to reset after a disappointing first half of the season with McLaren. 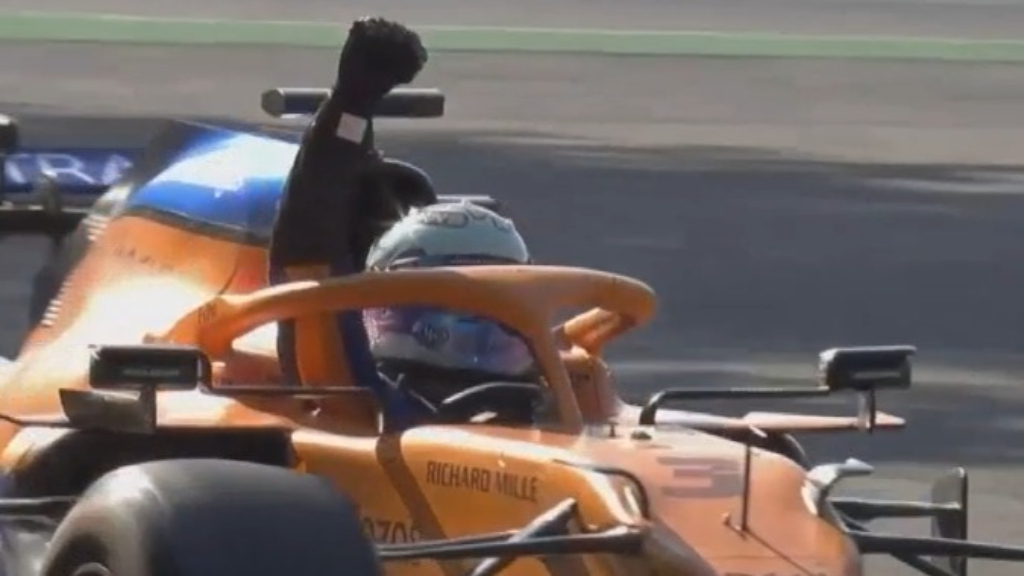 "There wasn't a moment where I just flipped, but I certainly came out of the summer break with a bit more confidence," Ricciardo said in an interview on Kayo.

"In a way I felt I had a point to prove.

"I kind of joked at some point after the race (at Monza) that I was sick of sucking. I just wanted to be fast and get results again."