NBL season preview: A pocket guide for each team in the 2021-22 Season

As is the case these days amid a global pandemic there have been a few bumps along the way and a delayed start to the schedule but the NBL is..

As is the case these days amid a global pandemic there have been a few bumps along the way and a delayed start to the schedule but the NBL is officially back for the 2021-22 season.

For the first time since 2008-09, there will be 10 teams in contention for the title when expansion team Tasmania JackJumpers tips off the season on Friday night in Hobart against Brisbane.

Last season’s champions Melbourne United will again be one of the teams to beat but will have to make up for the absence of Boomers big man Jock Landale’s NBA call-up to the San Antonio Spurs.

Runners-up Perth, the South East Melbourne Phoenix, Illawarra and Sydney are also rated genuine title threats while Adelaide, the Bullets, New Zealand Breakers, Cairns and the JackJumpers will be looking to prove pre-season predictions wrong by making a finals push.

Team by team, here’s how all 10 clubs are lining up heading into the new season:

Player to watch: Melbourne United championship winner Mitch McCarron is taking over at point from Josh Giddey and will be charged with the responsibility of feeding big men Daniel Johnson, Isaac Humphries and Cam Bairstow some quality looks.

The ceiling: They’re definitely a chance of returning to the playoffs but they’d need a lot to go right to go any further.

The floor: CJ Bruton is a legend of Australian basketball and has served his apprenticeship but he is a rookie coach and the Sixers will be expecting a return to the playoffs after punting Connor Henry.

The ceiling: If Sobey and Patterson fire, the Bullets can run up points but the team needs to improve on defence to be a legit playoff contender.

The floor: Former Kings lead assistant James Duncan is a rookie coach and the Canadian has inherited a roster which needed a massive boost but doesn’t seem to have added a game-changing piece in the off-season so they look like they’ll struggle to make the playoffs again.

Player to watch: New import Tahjere McCall doesn’t just have an awesome name but the 27-year-old shooting guard has the briefest of NBA experience with Brooklyn and a reputation as an all-round player.

The ceiling: With a new coach coming in, Adam Forde heading north from Sydney to replace Mike Kelly, improvement should be measured by any sign of the club beginning a long-term upward trajectory. A finals berth would be nice but not necessarily likely.

The floor: Usually the only way is up for wooden spooners but technically they could slip from ninth to 10th this season with the JackJumpers now on board, particularly if they can’t replace the 17 points per game that former import Cam Oliver delivered over the past two seasons. 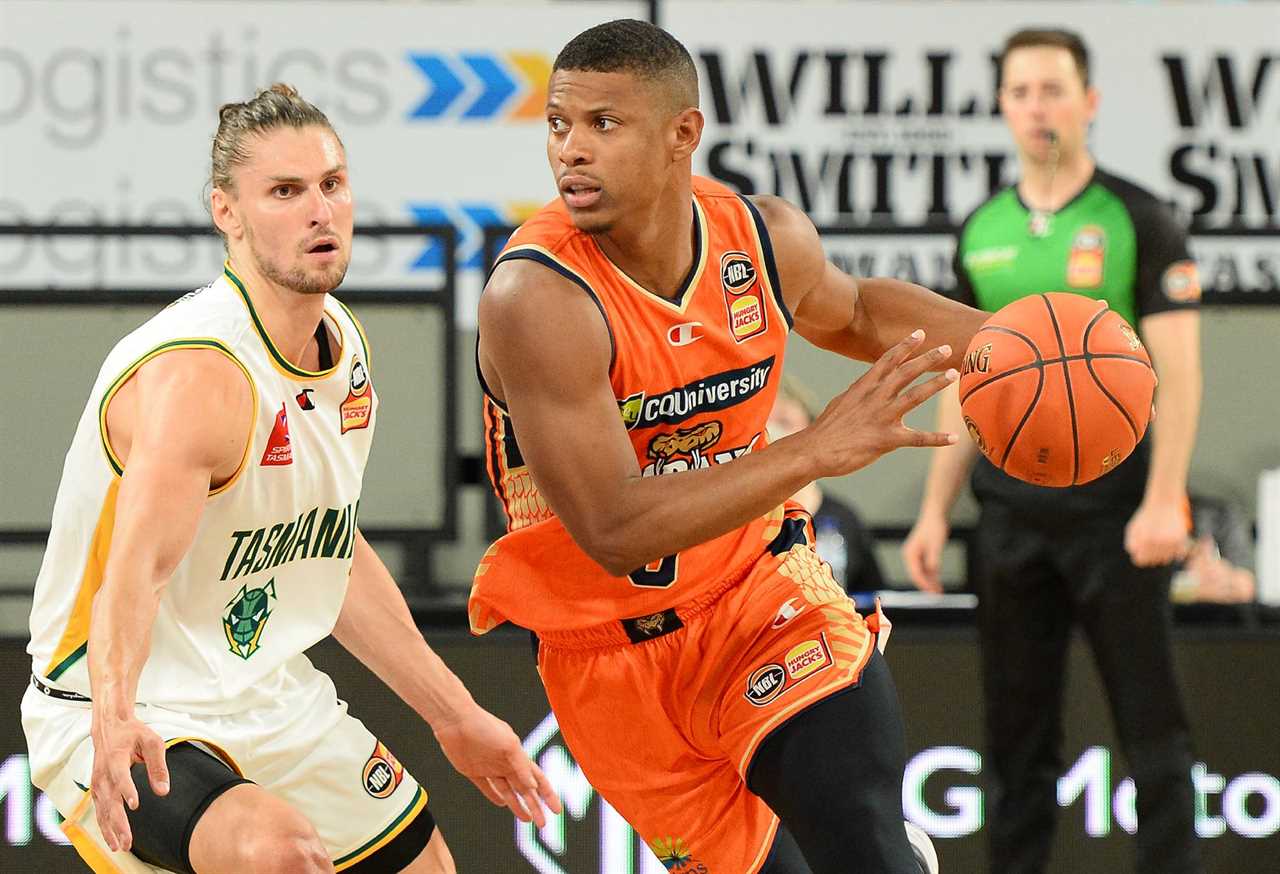 Player to watch: Tyler Harvey was a revelation last season, tipping in 20 points per game and hitting 38% of his threes, deservedly making the All-NBL First Team.

The ceiling: Hawks fans are dreaming of Goorjian taking them to their first title since their only success in 2001 and that’s in play as this is arguably the most depth the team has ever had on its roster with at least 10 bona fide NBL rotation players competing for minutes.

The floor: If new imports Antonius Cleveland and Xavier Rahan-Mayes don’t strike up a combination with returnees Tyler Harvey and Justinian Jessup, they could fail to live up to finals expectations.

Player to watch: Matthew Dellavedova’s homecoming to the NBL will give Melbourne a floor general and a pesky backcourt defender who will use the tricks acquired from eight seasons in the NBA to cause mayhem for opposing playmakers.

The ceiling: The champs are more than capable of going back to back, especially if they can support Chris Goulding’s shooting output

The floor: It’s a veteran squad and it won’t be easy to replace the likes of Jock Landale, Scotty Hopson and Mitch McCarron so the turnover in personnel could lead to teething problems – it’s a sign of the NBL’s strength that even the champs aren’t guaranteed of making the finals. 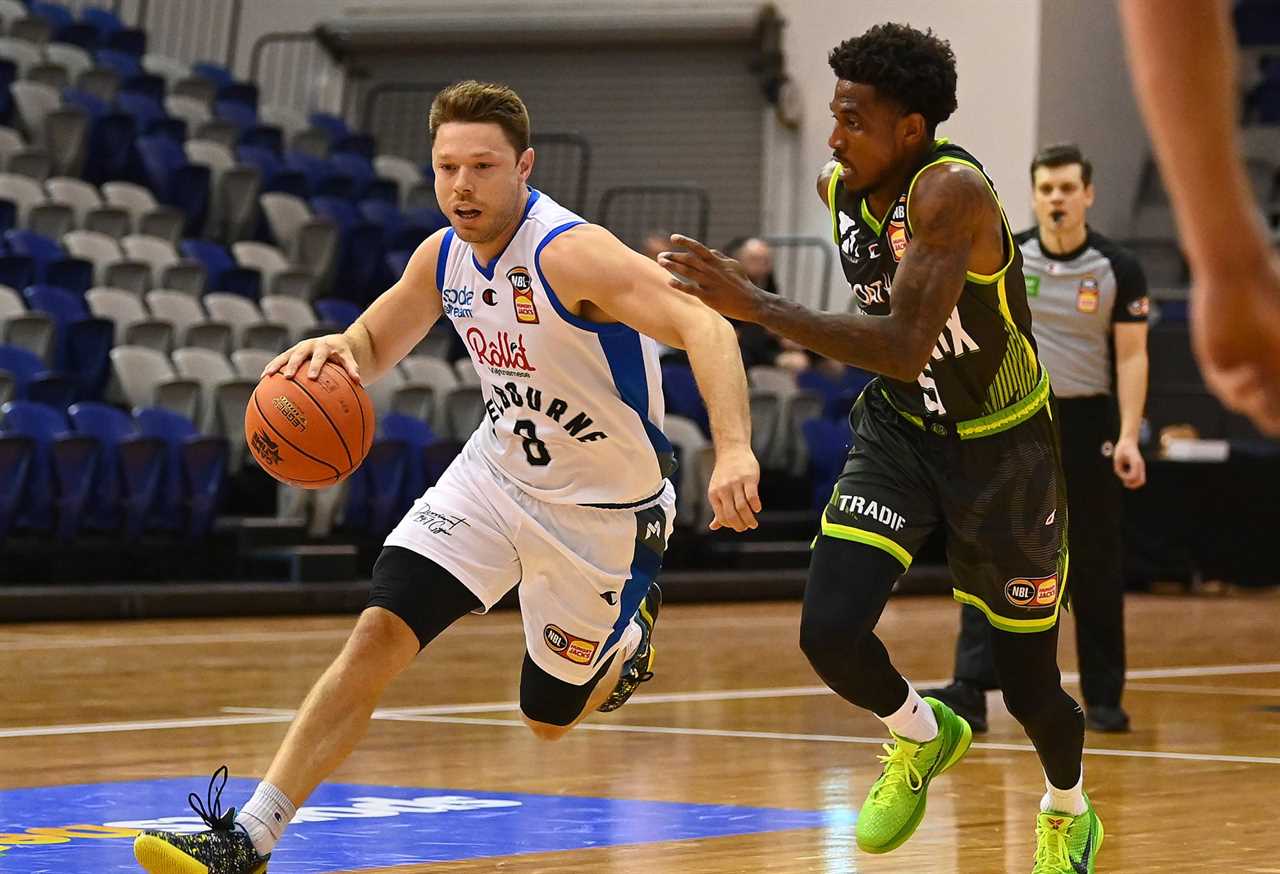 Player to watch: Jeremiah Martin has had short NBA stints with the Nets and Cavaliers and is expected to be the focal point of their offence this season, providing a much-needed backcourt injection of talent after Tai Webster’s departure.

The ceiling: If the hype is true about French prospects Hugo Besson and Ousmane Dieng, this squad could be the surprise packets of the season to “break” into the playoff picture.

The floor: Relocation looks like only being for a couple of months rather than the full season like their last campaign but that will have its challenges and if the Breakers struggle early, they could quickly fall out of the playoff equation.

Player to watch: Bryce Cotton is a modern NBL legend and despite winning three MVP awards in the past four seasons, it’s possible that he still doesn’t get the credit he deserves – Aussie hoops fans are lucky to have someone of his talent in the league.

The ceiling: They have five home games to start the season due to the split-conference set-up over the first couple of months so they should get off to a flyer with a squad capable of bringing an 11th title to Perth.

The floor: It’s been a disruptive pre-season in the West and if they get off to a slow start on their home court integrating their new coach’s systems, they may be chasing their tail mid-season with a road-heavy schedule and the pressure could grow on this squad to maintain the 35-year playoff streak. 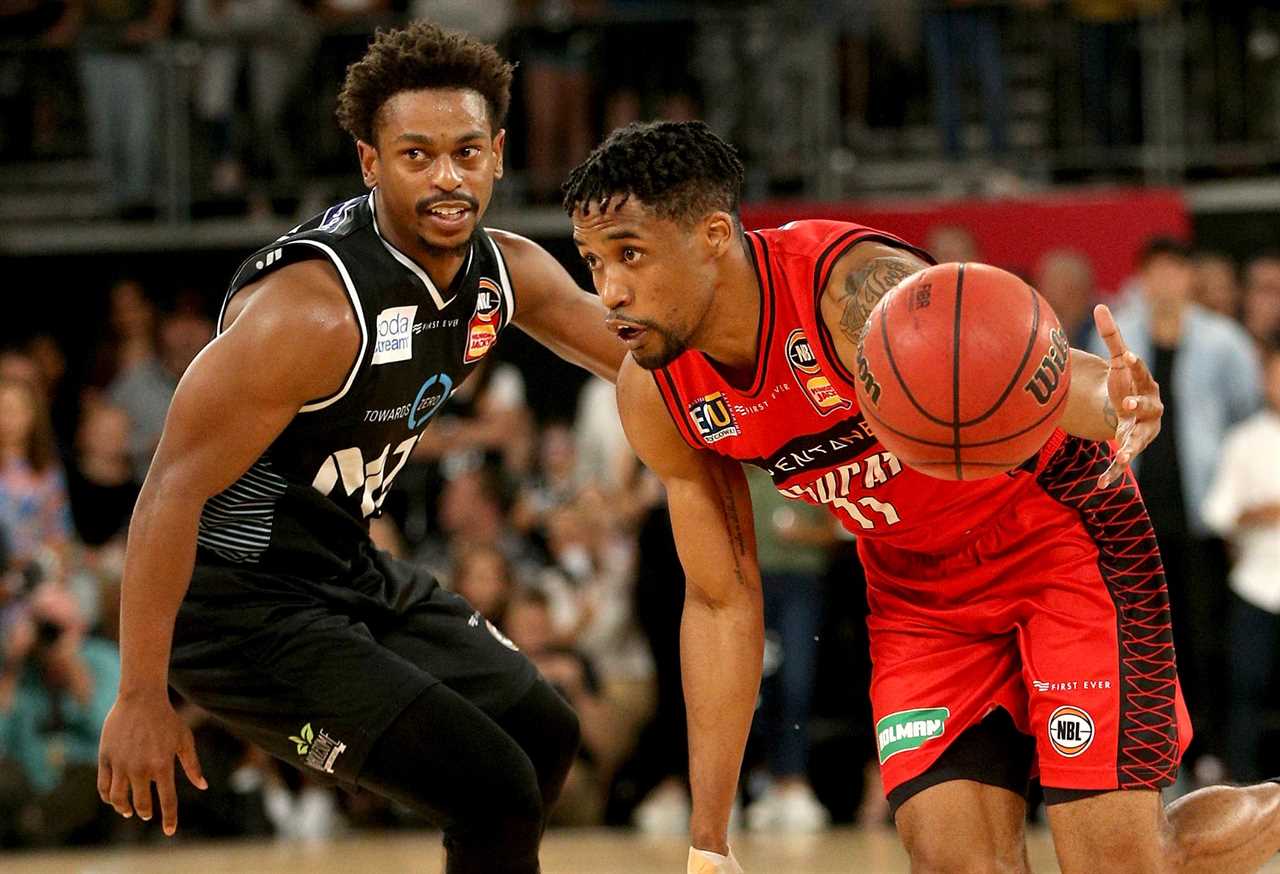 Player to watch: Former Houston Rockets centre Zhou Qi, a seven-foot Chinese centre, brings plenty of size and massive interest so as long as the Phoenix can overcome the language barrier – he admits his English is not great – they have a potential difference maker on their roster.

The ceiling: There are enough quality veterans on this roster to go all the way – with the likes of Mitch Creek, Ryan Broekhoff and Cam Gliddon – and the Phoenix should expect nothing less.

The floor: It’s hard to come up with too many negatives for this squad – a lot would have to go wrong for them to miss the post-season.

Player to watch: Jaylen Adams has taken over from Casper Ware as the Kings’ main man and the former Atlanta Hawks guard will run the point and likely be their top scorer.

The ceiling: If Adams can fire, they have strong all-round depth in every position to finish near the top of the ladder.

The floor: Predicting the Kings is never an exact science and although the signs look good, they’re rated at the top with the bookmakers, things can be combustible in the Harbour City so a finals berth is no lock.

Player to watch: Will Magnay got onto the list of Aussies who have played in the NBA with a cup of coffee at New Orleans – he’s got the size and skill to make it Stateside and will have no better chance to prove that than by leading the JackJumpers to a respectable foundation season.

The ceiling: Every team wants to make the finals but it would be extraordinary if Tasmania can do so in their first season but if they get a decent amount of wins and plenty of support in the Apple Isle, that will be a tremendous result.

The floor: They are the favourites to take out the wooden spoon and their roster puts them alongside Cairns as the probable contenders for sport’s most unwanted trophy. 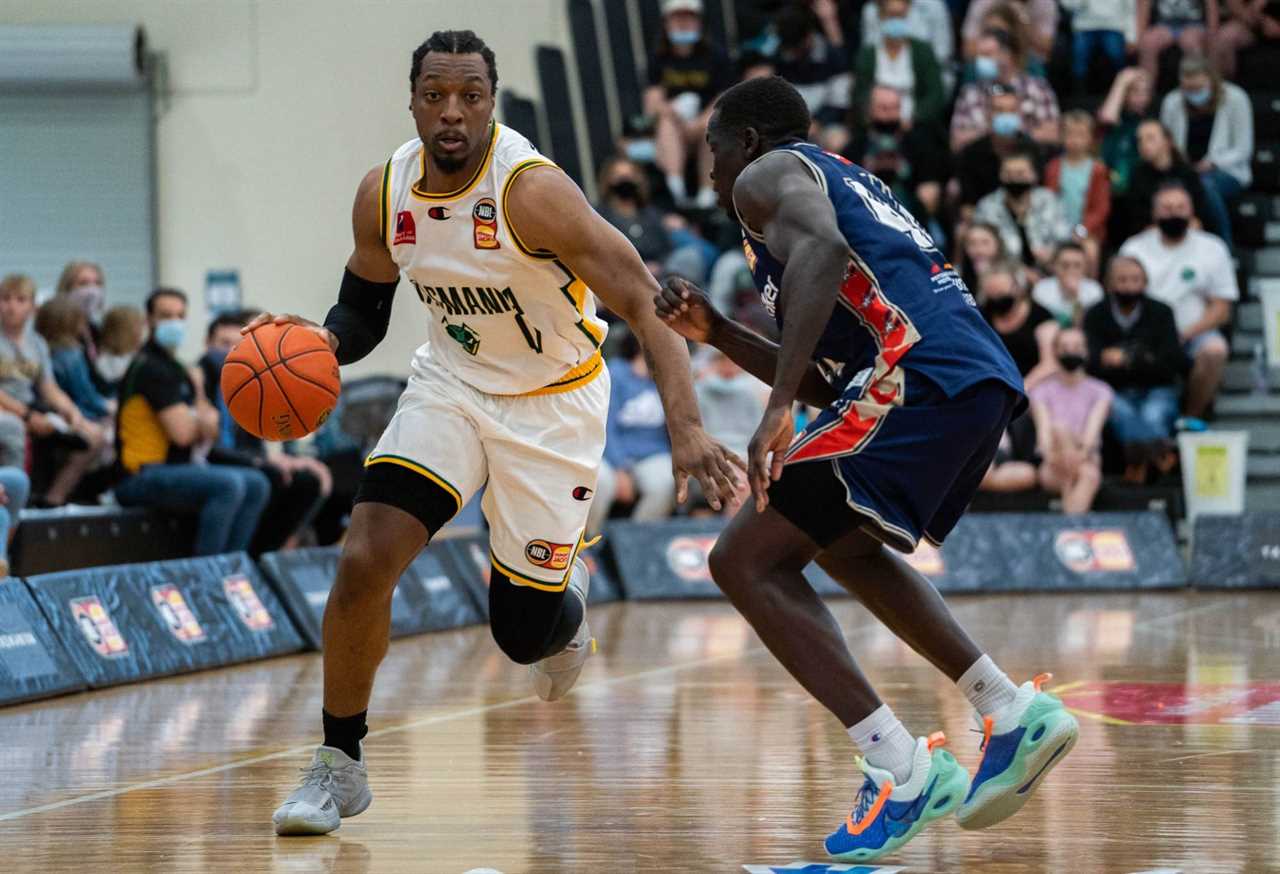