Tom Brady's football story is one of sheer willpower.From a nearly forgotten sixth-round draft pick to the architect of one of the greatest sports..

Tom Brady's football story is one of sheer willpower.

From a nearly forgotten sixth-round draft pick to the architect of one of the greatest sports dynasties ever, it's been filled with trials and tribulations.

And today, it was announced he will retire from the NFL at the age of 44.

Brady, widely considered to be the greatest quarterback of all time, has called time on his 22-year career, via a social media post.

Over the course of his legendary career, Brady has won seven Super Bowl rings; six with the New England Patriots and one with the Tampa Bay Buccaneers in his penultimate season in 2020-21.

In what turned out to be his final season as a player, Brady and the Bucs lost agonisingly to the Los Angeles Rams, despite mounting a spirited 24 point comeback, in the divisional round of the playoffs. 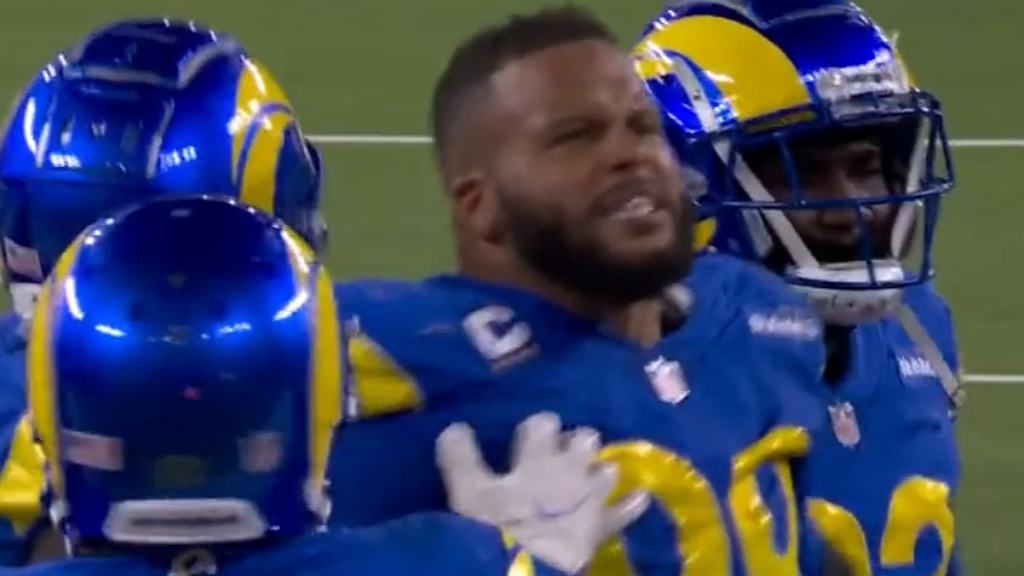 In an Instagram post a few days after the Bucs' playoff exit, Brady was coy with his future, saying: "I understand that at this stage in my career, there is going to be interest in my future whenever a season ends, but this week, all that is on my mind is the gratitude I have for this team and the fans that have supported us all year long.

"This year has been incredibly rewarding personally and professionally and I am appreciative of everyone who worked their a** off to help our team achieve so much."

But a few weeks later, he announced that he would be stepping away from the sport. 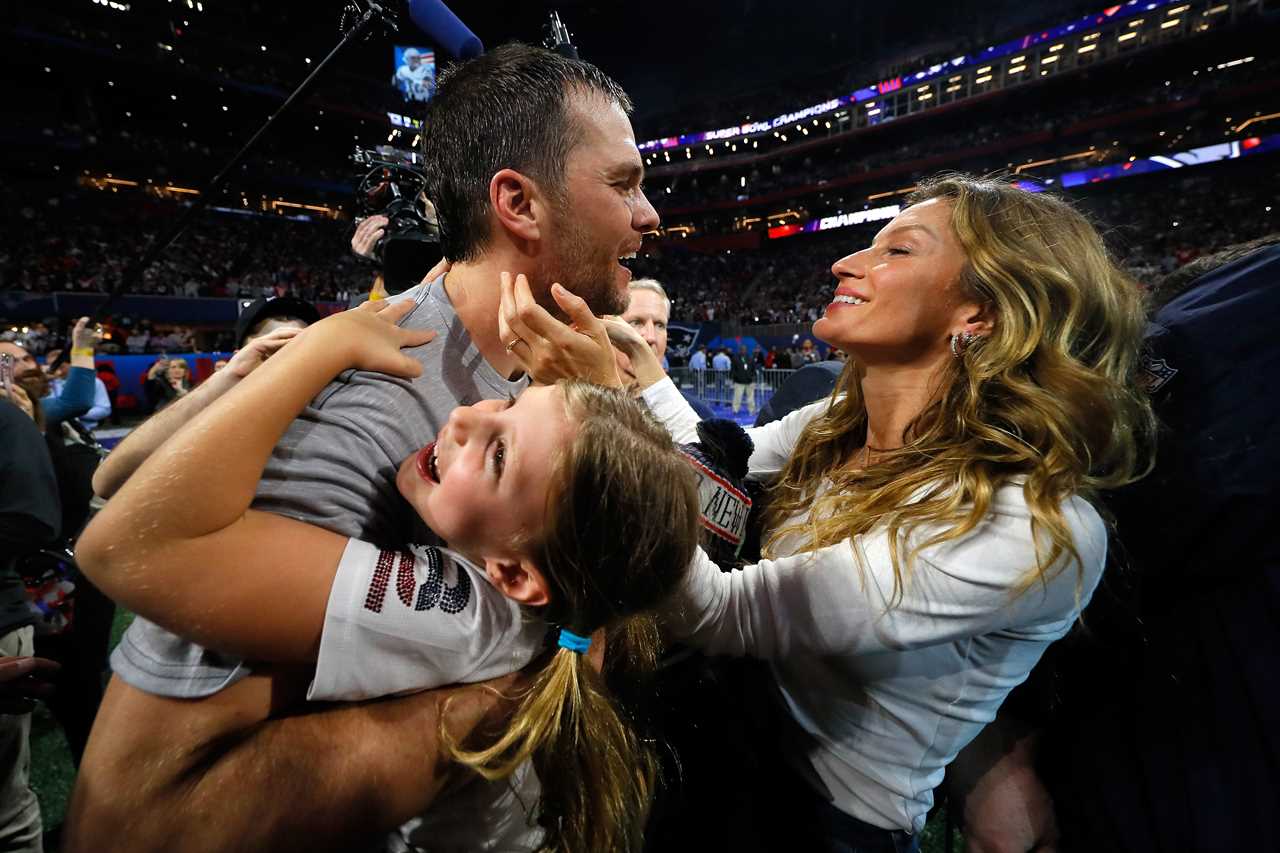 "I have always believed the sport of football is an 'all-in' proposition - if a 100 per cent competitive commitment isn't there, you won't succeed, and success is what I love so much about our game," he said.

"There is a physical, mental and emotional challenge EVERY single day that has allowed me to maximise my highest potential. And I have tried my very best these past 22 years. There are no shortcuts to success on the field or in life. This is difficult for me to write, but here it goes: I am not going to make that competitive commitment anymore.

"I have loved my NFL career, and now it is time to focus my time and energy on other things that require my attention. I've done a lot of reflecting the past week and have asked myself difficult questions. And I am so proud of what we have achieved." 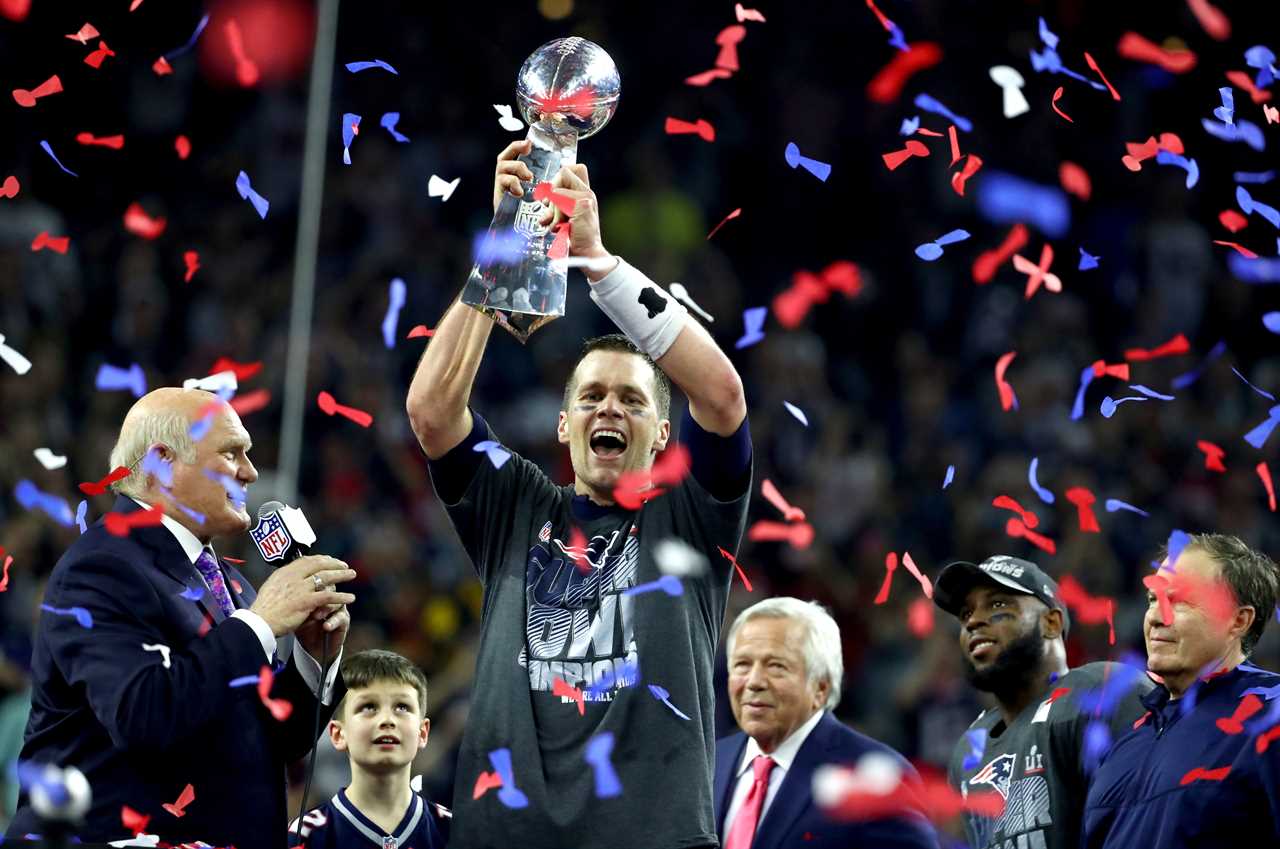 Brady's story is one of determination and drive.

Born in California, Brady grew up a huge San Francisco 49ers fan as someone who regularly attended games at Candlestick Park.

In fact, as a four-year-old, a young Brady was in attendance for one of the most memorable moments in NFL history, when Joe Montana threw "The Catch" to Dwight Clark in the 1981 NFC Championship Game against the Dallas Cowboys.

A great high school baseball player too, he committed to the University of Michigan in 1995.

However, when he arrived in Michigan, it wasn't plain sailing for Brady. He was nowhere near starting for the team, and such was his frustration, he sought out Greg Harden who was assistant athletic director at the school. 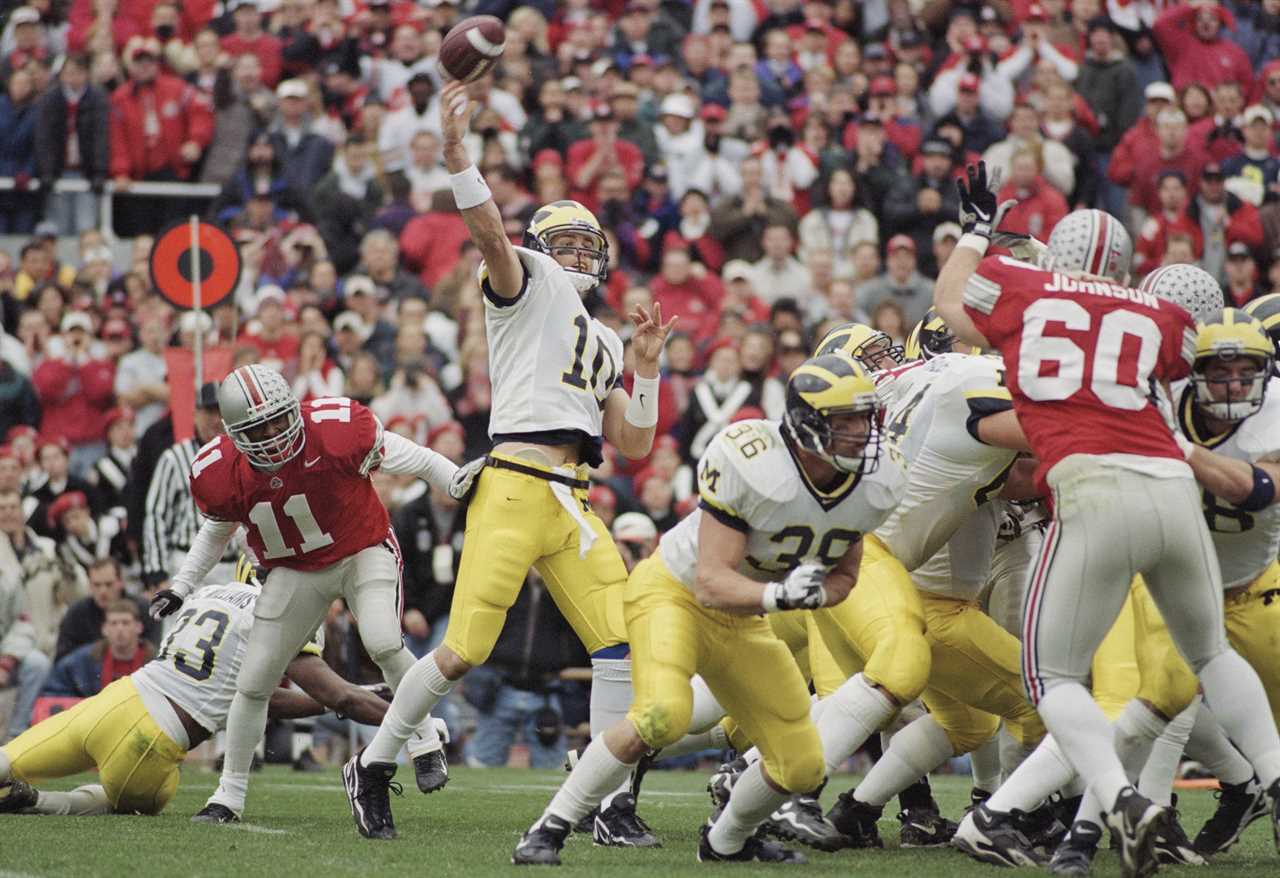 In 1998, he finally became the starting quarterback, setting new Wolverines records for most pass attempts and completions in a season.

The following season, despite sharing time with Drew Henson early in the season, he eventually won the job outright, earning himself the nickname "Comeback Kid" due to some - what would become trademark - late fightbacks in games.

Despite posting a 20-5 record at Michigan in his time as a starter, as well as victories in the 1999 Citrus Bowl and the 2000 Orange Bowl, Brady wasn't a highly sought-after prospect coming into the 2000 NFL Draft.

While he had attributes teams liked, there were others scouts deemed a knock against him. An iconic picture emerged, a rather unflattering photo taken in the months before the draft.

Despite the scouting reports, Brady and his family thought he might be taken between the first and third round.

But as the picks came in, Brady's name wasn't among them. "We were led to believe that he was going to be drafted, possibly second round, probably third round," Tom Brady Sr. said in the ESPN documentary 'The Brady 6.'

"They kept calling quarterback names, and we kept being stunned.

"We were very distraught. With each name, it was becoming worse and worse."

Brady even recalls going for a walk with his parents, such were the levels of emotion going through him at the time.

Eventually, he was drafted in the sixth round, with the 199th pick, by the New England Patriots with a compensatory pick, a pick in the draft earned by ending up with "more or better qualifying free agents lost than gained in a particular year," the seventh quarterback to be taken overall.

And it didn't get much easier once he arrived in the NFL. But it was just one more obstacle to fight for the "Comeback Kid." 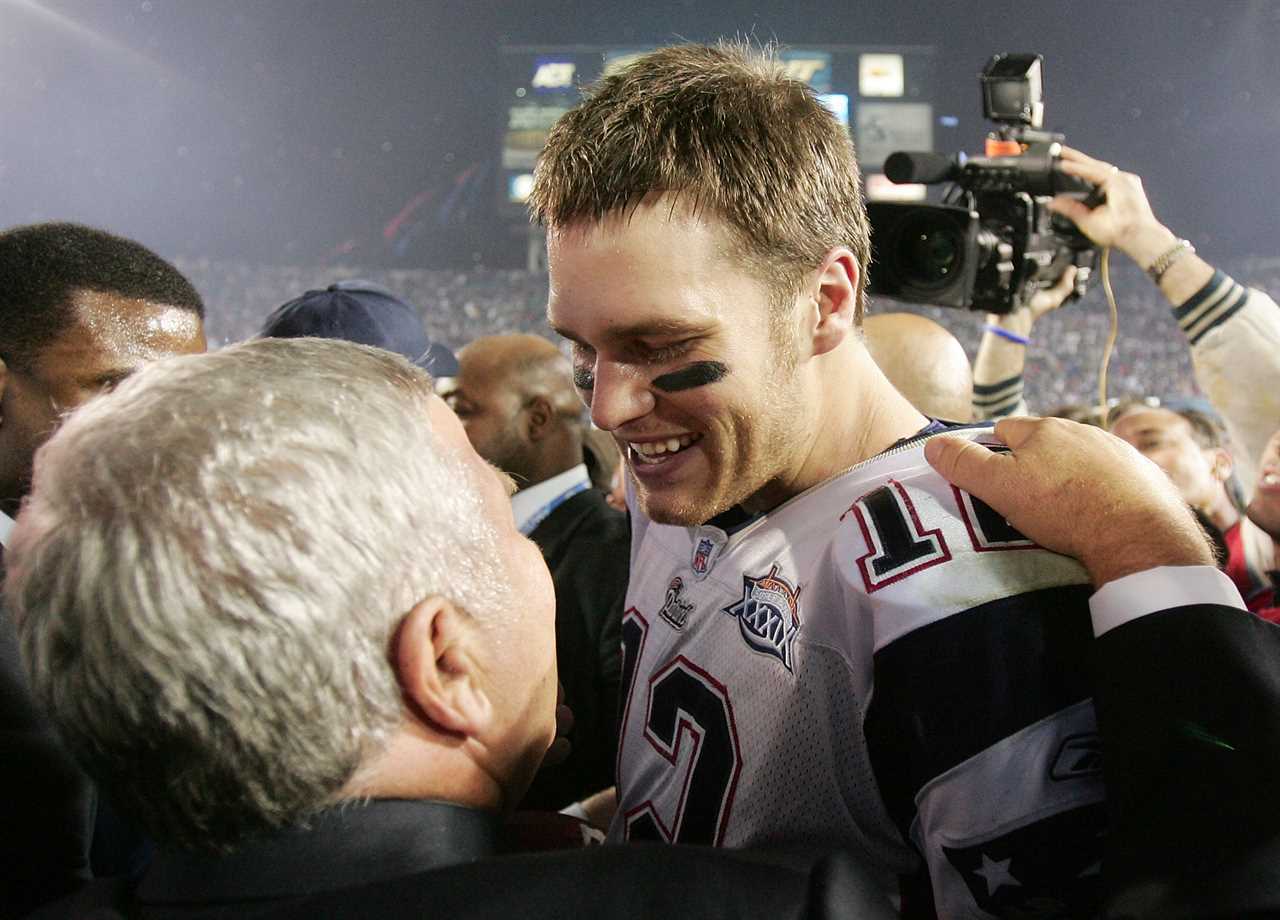 "I still have the image of Tom Brady coming down the old Foxboro stadium steps with that pizza box under his arm, a skinny beanpole, and when he introduced himself to me and said: 'Hi, Mr. Kraft,' he was about to say who he was, but I said: 'I know who you are, you're Tom Brady. You're our sixth-round draft choice,'" Kraft told CBS Boston in 2012.

And he looked me in the eye and said: 'I'm the best decision this organisation has ever made.' It looks like he could be right."

Despite his confidence, he began his rookie season as the fourth quarterback on the roster behind starter Drew Bledsoe and backups John Friesz and Michael Bishop. The Patriots finished 5-11 and missed the playoffs for the second season in a row.

It would be the last time the team finished with a losing record for 20 years.

The main reason? Brady's rise to starting quarterback. He began the 2001 season on the bench, while Bledsoe started the Patriots' opening week defeat to the Cincinnati Bengals. But during the week two clash with the New York Jets, Bledsoe suffered internal bleeding. Although he briefly returned, Brady replaced him for the final series of the game.

Brady was named the starter for the Patriots' third game of the season, which the Pats won 44-13. And the team didn't look back from then on, with Brady starting the rest of the season, leading the team to a final record of 11-5 and qualifying for the playoffs.

But Brady wasn't just satisfied with that. He wanted more.

He was the mastermind behind the Patriots' run to Super Bowl XXXVI where, against the explosive St. Louis Rams - nicknamed 'the Greatest Show on Turf' - a late Adam Vinatieri field goal gave New England their first ever Super Bowl title.

Besides affirming Brady's place as starter, the 2001 NFL season was the beginning of one of the greatest NFL careers ever. 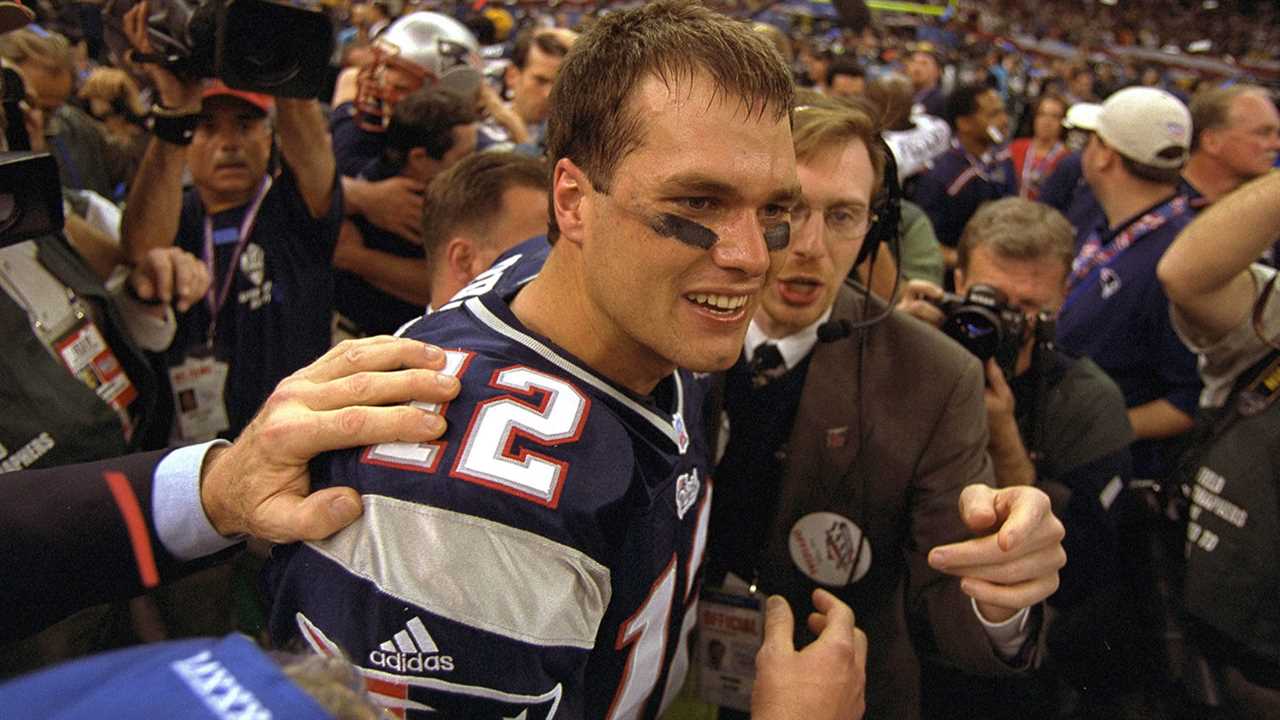 With Brady at the helm and Bill Belichick as head coach, the Patriots grew into the most successful team in the NFL.

And as if that weren't enough, during his time in Florida, he won yet another title with the Bucs.

Brady has been named to the Pro Bowl on 15 occasions, selected as an All-Pro five times and won the NFL's comeback player of the year in 2009 after returning from a torn ACL suffered in the season opener of the previous season.

And everything he achieved, he did it all while being a standout teammate and an even better person.

As his backup between 2009-11, Brian Hoyer, once said during a weather-enforced stop in Rochester, New York Brady showcased a hidden talent to his Patriots teammates. 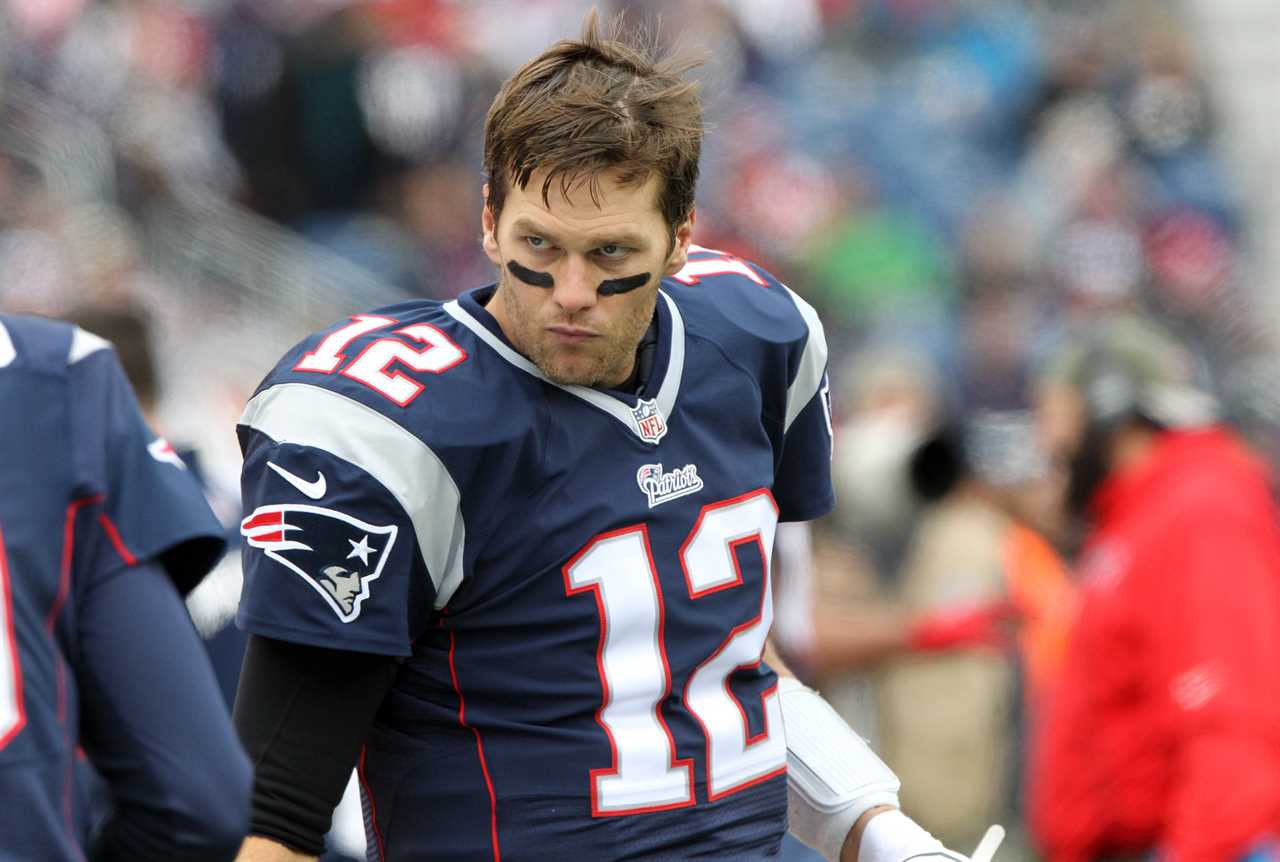 "The whole team is there. And it turns into a beer-chugging contest. You have linemen, Julian Edelman, they all think they are going to win," Hoyer told ESPN.

"Then someone says: 'I heard Tom is really great at chugging a beer.' We don't usually get to experience him like this, but we finally coax him into doing it. He does it, and let me tell you, you couldn't have poured out the beer faster into a glass. It was unbelievable. And he slams the mug on the table and puts both fists in the air.

"He walks away with a look on his face that said: 'You really thought you were going to beat me on this?' The place went nuts." 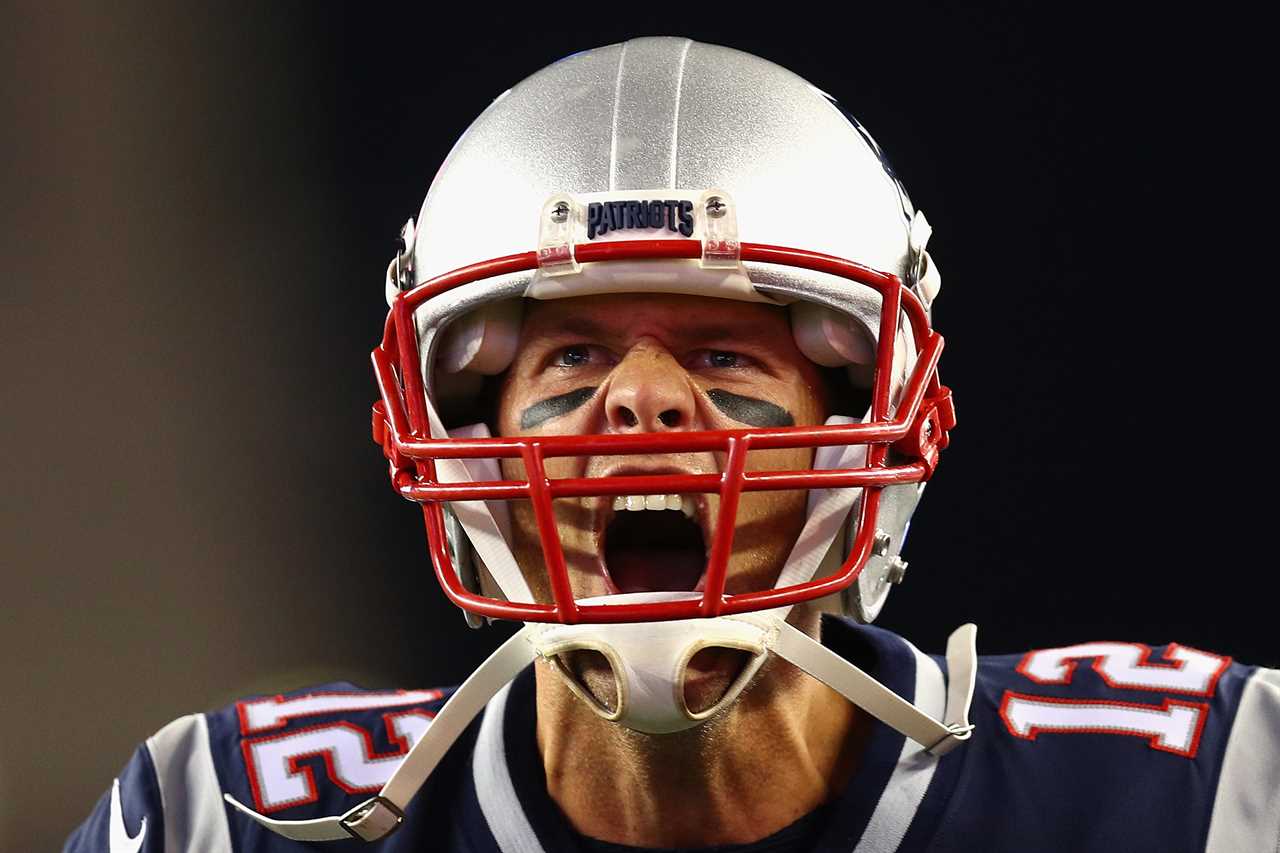 There have been lows, including injuries and two heartbreaking Super Bowl losses to the New York Giants, but there have been even more highs in Brady's legendary career.

- This article originally appeared on CNN.com and is reproduced with permission