He'll have to wait until March 23 to really take out his frustrations on Sonny Bill Williams.But today's 'Turf War' press conference in Sydney..

He'll have to wait until March 23 to really take out his frustrations on Sonny Bill Williams.

But today's 'Turf War' press conference in Sydney provided the platform for 'big bad, bustling' Barry Hall to vent after what he views as two years of stalling from the Williams camp.

AFL champion Hall made a promising start to his professional boxing career in 2019, a controversial draw on limited preparation against Paul Gallen.

Hall, who maintains he was "robbed" by the judges in that fight, has not fought since.

The Sonny Bill Williams vs Barry Hall 'Turf War' fight on Stan Event will be available for any Stan customer to purchase for $50. Customers new to Stan can sign up for a 30 day free trial and then purchase the fight. CLICK HERE FOR MORE! 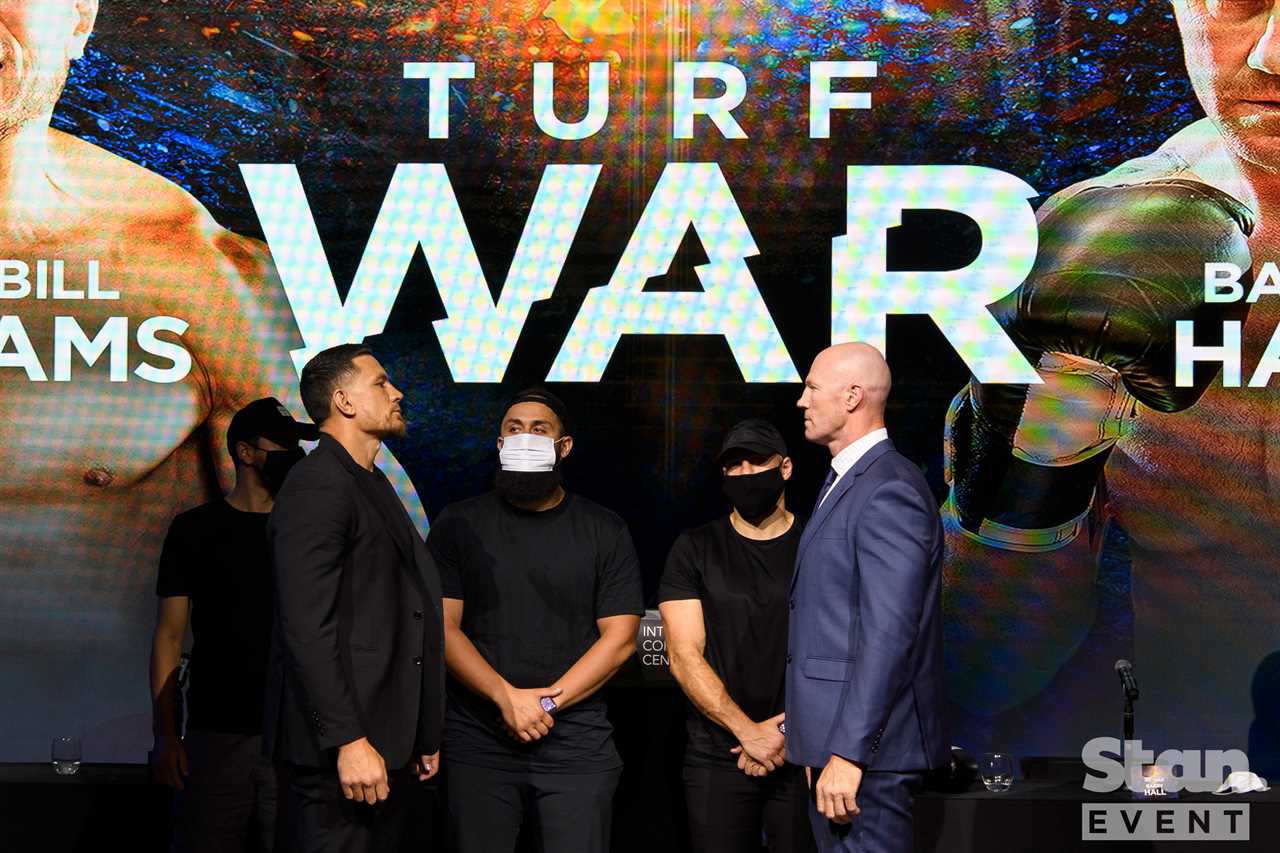 "The fight's been spoken about for nearly two years now," Hall said as details of the Williams bout were unveiled by Stan.

"Yes, COVID's played havoc but I've also seen other events take place so I'm not sure what the delays have been.

"I've been ready every time and dates just keep getting pushed back. Me and Sonny were supposed to fight on 'double header' (Sydney Superfight in December 2020) which didn't happen, not sure why but it wasn't me, that's for sure.

"So I'm not sure what's happened on their side…"

Williams then interjected in an awkward moment of what was a mostly respectful press conference.

"It was me bro, it was me," Williams laughed.

"Yeah, well it was someone," Hall shot back.

"There's two of us and it wasn't me. We were just wondering what was going on, I've been sitting, idling for two years now. I could have had other fights but we wanted to wait for Sonny because it's the fight that we can win. 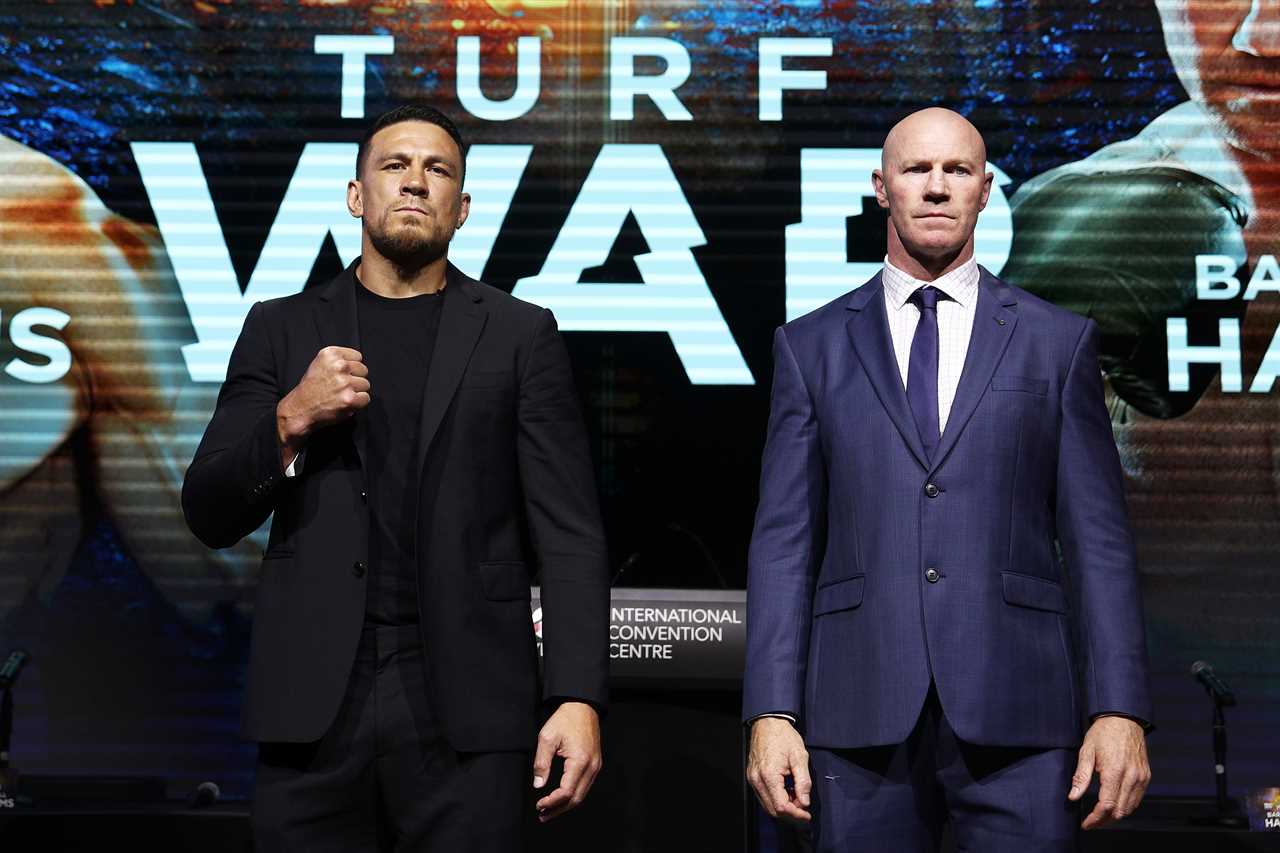 "He's the biggest name and it's one of those things that we were willing to wait. So I'm glad it's got to this point and glad it's going to happen on the 23rd."

Hall said the delay had "absolutely" frustrated him.

"I should have been retired by now," the 44-year-old said.

Williams was asked by Wide World of Sports to elaborate on the reasons for the delay.

"For me, I'm an athlete, not a promoter, I don't step into spaces I don't know anything about. I've told my team that I'm ready to fight and I want to fight, hence the reason I got on the ring as an undercard late last year (against Waikato Falefehi).

"But we're here now and that's the important thing. I want to give a massive shout out to Stan for getting this across the line."

Williams has a 8-0 boxing record, including three knockouts. 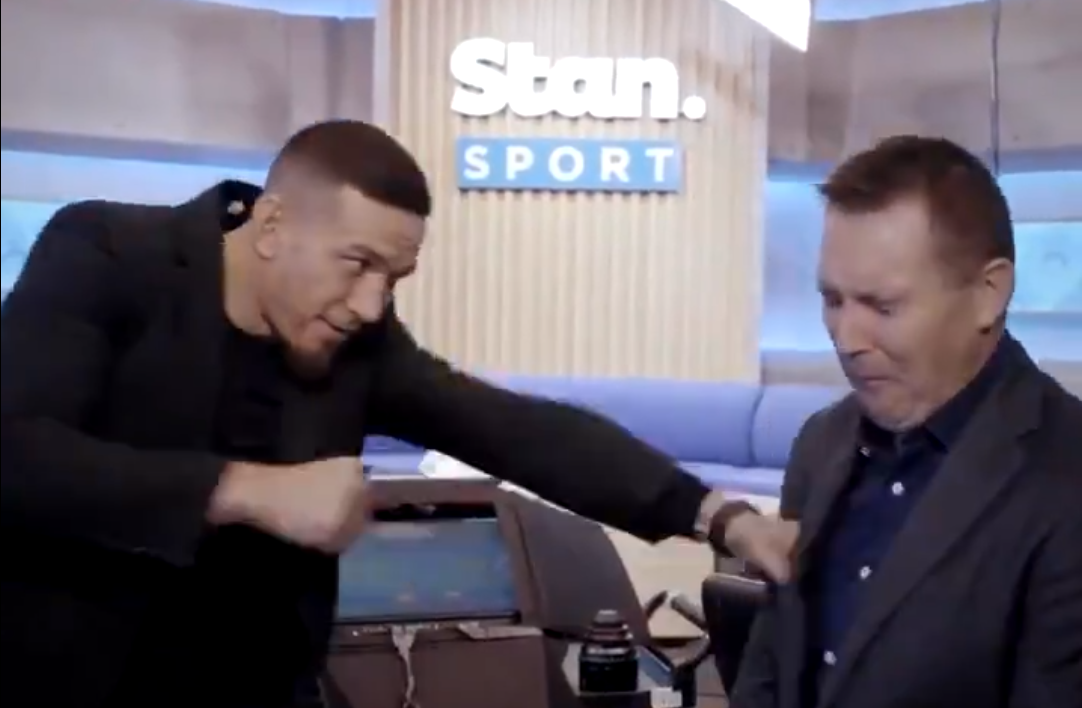 Hall was happy to wear the underdog tag against a more experienced fighter eight years his junior.

Without referencing Williams, Hall looked to distance himself from other footballers who had set foot in the ring in recent years.

"I wanted to break the code of how footy players enter boxing, because I respect boxing too much," the former junior boxing champion said.

"I didn't want to fight five guys who walked out of the pub and five wins and people going to the venue knowing I'm going to win the fight. The first guy I fought (Gallen) was 9-0, just like Sonny and that's what I'm all about. I want to break the stigma of footballers having easy fights and I think I've done that straight away."

Hall said the Gallen experience had given him a clear focus for what he needed to achieve against Williams.

"If you follow boxing, I won the fight. Sonny's a big name, yes I'm the B side, all these bright lights and all these people are not here for me. I need to win on knockout because I'm not going to win on points. I've already been there, I've already done that, I won a fight and I got robbed.

"I'm not going to win on points, I need a knockout, I need to take it out of the judges' hands. I'm quite aware of my age. I don't feel it right now but I know stuff drops off pretty quick. I'm in this for a short time and I'm going to make it work."

Read More
Did you miss our previous article...
https://brands.delivery/sports/tigers-take-on-knights-utility
awkwardmomentsonnybillwilliams