Amazing moment after a marathon

In one moment, he was soaking up possibly the most breathtaking experience of his life, fist-pumping the greatest marathon runner of all time, Kenyan ..

In one moment, he was soaking up possibly the most breathtaking experience of his life, fist-pumping the greatest marathon runner of all time, Kenyan legend Eliud Kipchoge.

Twenty-two minutes later, he would crash to perhaps the most devastating low of his life, collapsing on the streets of Sapporo in temperatures nearing 30 degrees as the humidity soared above 70 per cent during the men's Olympic marathon.

Pictures of Brazilian Daniel Do Nascimento fist-pumping Kipchoge had captured the hearts and imaginations of the athletics world, as the two athletes found a moment for a laugh amid the toil.

Galen Rupp of the USA, who took bronze in the 2016 Olympic marathon, was among those appreciative of the priceless moment, grinning as he sat directly behind his two rivals about 18km into the 42.195km run.

Do Nascimento, 23 and competing in just his second marathon on Olympic debut, had shared a moment with the man who just over an hour later would clinch back-to-back Olympic marathon gold. 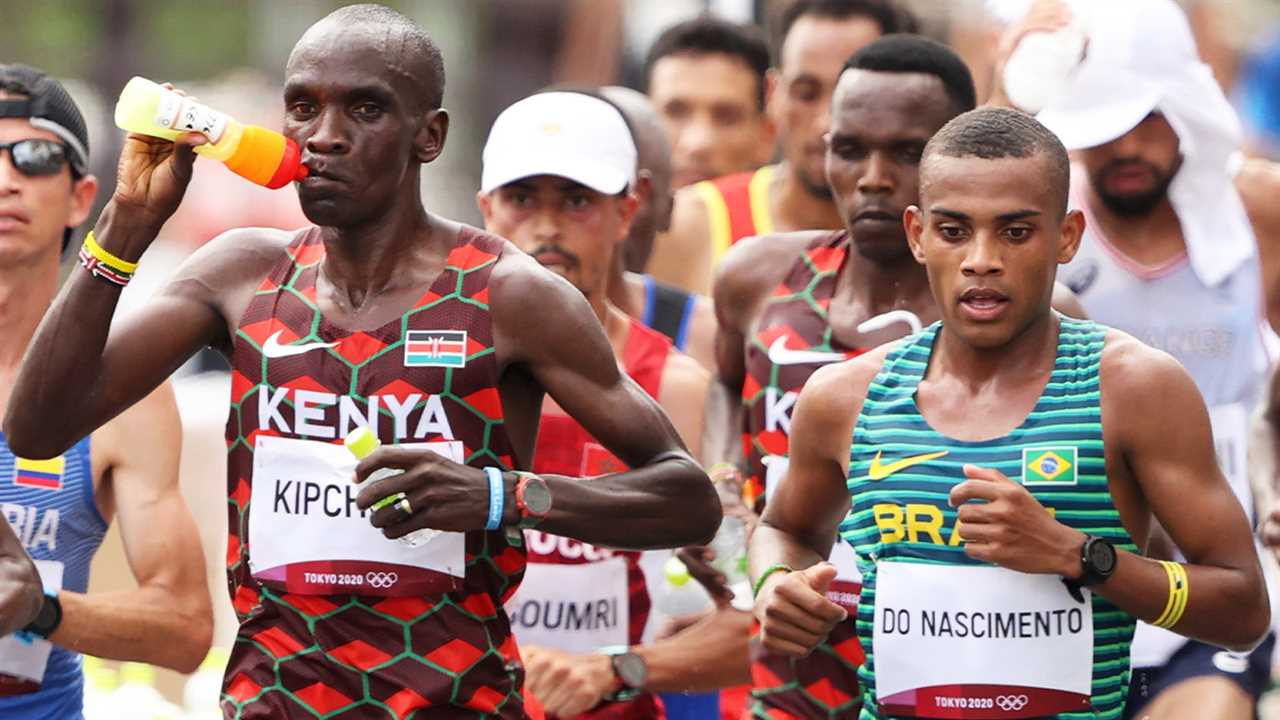 If there was any doubt as to who was the greatest marathon runner of all time as Kipchoge joined 105 other men on the start line, that uncertainty was obliterated as the 36-year-old stormed to victory in a time of 2:08.38.

As Kipchoge broke away from the lead pack about 30.5km in, clocked an exceptional 14:28 for his 5km split between 30 and 35km, and appeared to cruise home effortlessly despite the oppressive conditions, he became just the third man ever to win consecutive Olympic marathon gold medals.

Ethiopia's Abebe Bikila achieved the feat at Rome in 1960 and Tokyo in 1964, which was followed by German Waldemar Cierpinski matching the feat in Montreal in 1976 and Moscow in 1980.

But Kipchoge's heroics extend well beyond his gold in Rio in 2016 and Tokyo in 2021.

He's the world record holder of the marathon, having posted 2:01.39 in Berlin in 2018 as he shattered the benchmark held by compatriot Dennis Kimetto, 2:02.57. 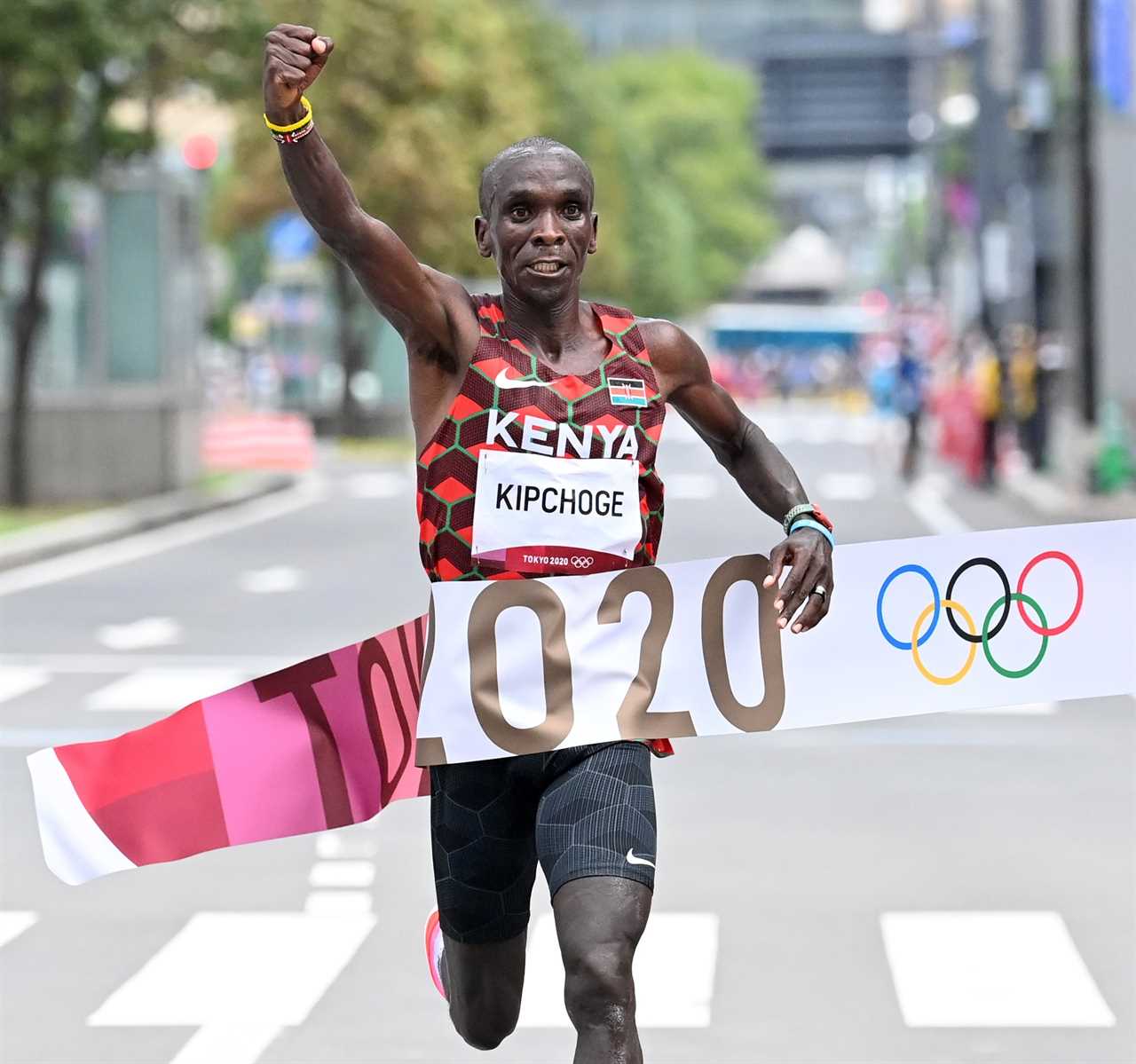 He's also won 14 of the 17 World Athletics-recognised marathons in which he's competed, beginning with a victorious 2:05.30 in Hamberg in 2013.

But perhaps the greatest achievement of Kipchoge's career yet saw him become the first man in history to break the two-hour barrier in a marathon.

A host of strategies in place for his 2019 run in Vienna, which included a rotating pool of pacemakers following lasers beaming from a car, meant his time of 1:59.40 wasn't official.

But he had nonetheless proven that conquering the barrier which, along with the sub-10-second 100m and sub-four-minute mile had long been the equal-most famous benchmark in running, could be conquered.

The cast of 42 pacesetters, which included Australians Stewart McSweyn, Brett Robinson, Patrick Tiernan and Jack Rayner, were in awe of Kipchoge as he streaked away from his helpers to make history over the final 500m. 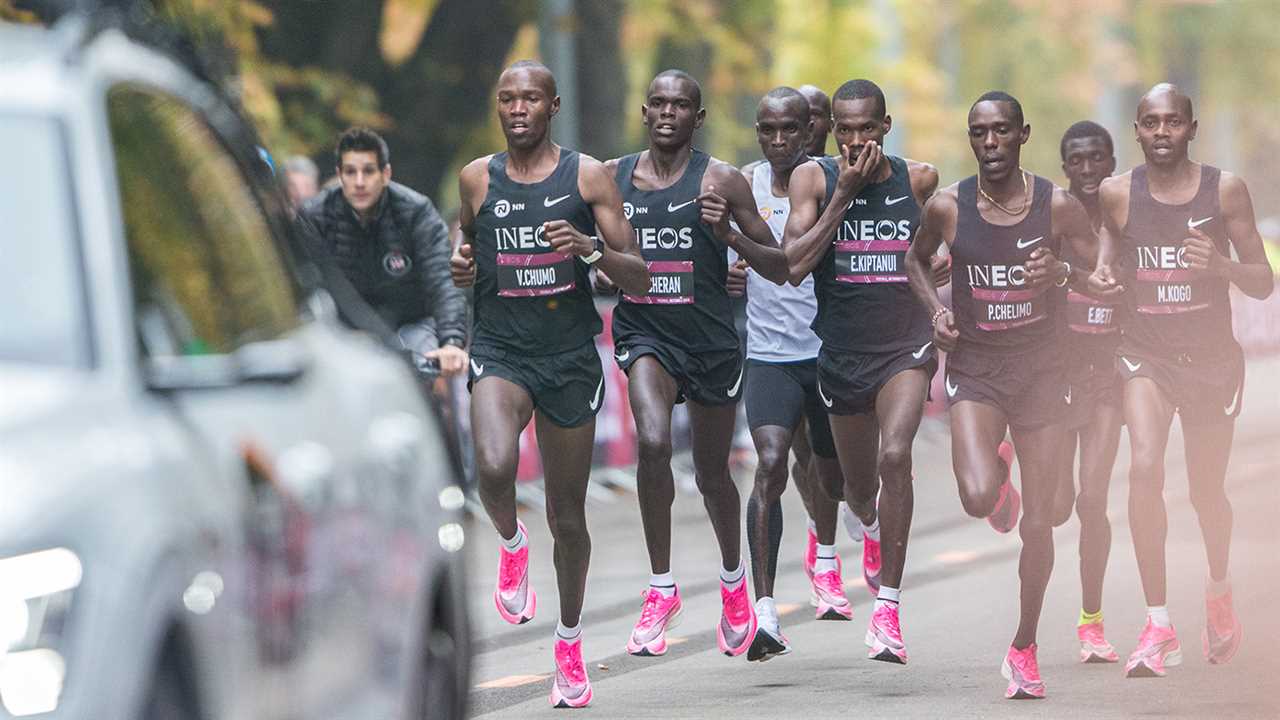 It was an athlete of that hallowed class who Do Nascimento fist-pumped about 18km into the Tokyo Olympics marathon.

But the youngster's world was tipped upside down as he began to stagger about 25km in, losing his balance and collapsing in a gutter in conditions that saw 30 of the 106 entrants fail to finish.

Extraordinarily, the South American managed to pick himself up and resume the run, even returning to a high cadence and perfectly balanced action.

But he wouldn't last two minutes, collapsing again and curling into a fetal position in a gutter.

It must be noted that Do Nascimento, despite the fact he only competed in his first marathon in May this year, is no slouch.

To put that into perspective, only five Australians – Derek Clayton, Rob de Castella, Steve Moneghetti, Pat Carroll and Robinson – have cracked the 2:10 barrier.

Yet Do Nascimento buckled, succumbing in conditions that had even led to Kipchoge drawing a scary comparison ahead of the race.

"All of us," Kipchoge said, "will be in the same frying pan."

For Do Nascimento it was scorched earth, as he experienced an incredible high and a devastating low in the space of 22 minutes he will never forget. 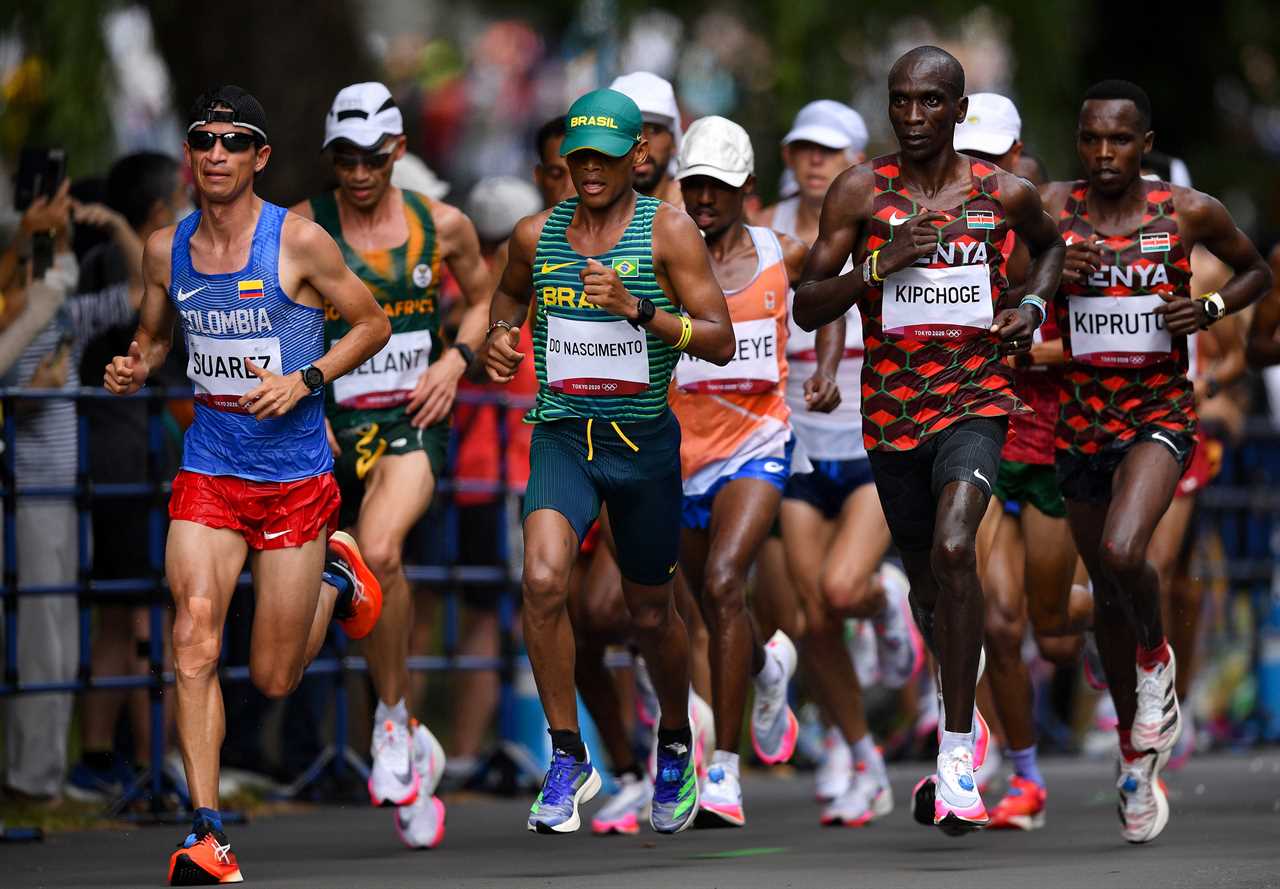 Read More
Did you miss our previous article...
https://brands.delivery/sports/docherty-shares-heartbreaking-details-about-her-cancer-battle
inthespacetokyomarathon