It's a good idea to end a relationship

By KIM BELLARDLast week General Electric announced it was breaking itself up. GE is an American icon, part of America’s industrial landscape for the.. 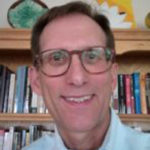 Last week General Electric announced it was breaking itself up. GE is an American icon, part of America’s industrial landscape for the last 129 years, but the 21st century has not been kind to it. The breakup didn’t come as a complete surprise. Then later in the week Johnson and Johnson, another longtime American icon, also announced it would split itself up, and I thought, well, that’s interesting. When on the same day Toshiba said it was splitting itself up, I thought, hmm, I may have to write about this.

Healthcare is still in the consolidation phase, but there may be some lessons here for it.

For most of its existence, GE was an acquirer, gobbling up companies with the belief that its vaunted management structure could provide value no matter what the industry. This was most famously true in the Jack Welch days, but since those days it has been gradually shrinking itself, spinning off some of its more problematic divisions, like appliances, locomotives, and much of its once-huge financial services business. It will spin off its healthcare business in early 2023 and its renewable energy and power business in early 2024; its aviation business will keep the GE name.

“A healthcare investor wants to invest in healthcare,” CEO Larry Culp explained. “We know we are under-owned in each of those three sectors, in part because of our structure.”

Mr. Culp told The Wall Street Journal, “It was not necessarily a time for grand plans. We needed to get the balance sheet squared away and get back to basics operationally.” Scott Davis, chief executive of Melius Research, was not so kind, telling The New York Times: “G.E. got caught in the past — and now it’s the end, it’s over.” In The Washington Post, Dan Ives of Wedbush Securities called it “a sign of the times in this new digital world.”

J&J had a different challenge: selling pharmaceuticals and medical devices is just much more profitable than selling Band-Aids and Tylenol. To reflect that, it is splitting into one company to sell the former two types of products and a consumer products company for the rest. The former company will retain the Johnson & Johnson name.

“Doctors and hospitals just want hips and knees, and drugs that work, at a cheap price. They’re not really thinking of Band-Aids,” investor/analyst Les Funtleyder told The New York Times.

Toshiba’s story is perhaps somewhat different. It had been dealing with the fallout from a major accounting scandal for several years, some failed takeover bids, and (separate) ousters of its CEO and its Chairman. It is spinning off its energy and infrastructure unit and its device and storage operation, and will retain the Toshiba name for its 40% stake in Kioxia, the flash memory company it spun off in 2018, as well as some other assets.

The Toshiba breakup is believed to be the first such split by a Japanese company. Toshiba had often been compared to GE and was even older than GE, but CEO Satoshi Tsunakawa now stresses: “We are no longer an industrial conglomerate. Our strength is in infrastructure, energy, and semiconductors. The reorganization is an evolution toward the future.”

As unique as each of their stories is, the thing that each breakup has in common is that the hope is that investors will see greater value as a result. It’s not about the products or the customers; it’s about the returns.

Healthcare knows about that.

This is not really for “our” benefit. I mean, does anyone really think either their pharmacy or their health insurance experiences are better since CVS took over Aetna? Can anyone really explain all the things Optum now does? Are ever-bigger pharmaceutical companies really going to produce more innovation or lower drug prices?

Still, though, when I see conglomerates like GE, J&J, or Toshiba breaking up, what I think about most are not those kinds of healthcare conglomerates, but, rather, hospitals.

But are hospitals anything other than healthcare conglomerates? They fix your heart over here, they implant a new hip over there, they deliver your babies, they attack a variety of your cancers in a variety of ways, they put various kinds of scopes inside you, they take detailed images of you, and, Lord knows, they do all sorts of lab tests, all while running the meter on you to ensure they can charge you as much as they are allowed.

I can see the argument that you’ll need imaging and lab tests whether you are getting a bypass or having a baby, but it is not at all clear that doing bypasses makes a hospital a better place to deliver babies. Being the best cancer hospital, or even just a good cancer hospital, doesn’t mean it is good at doing a cholecystectomy. Service lines are businesses; it’s hard enough to ensure quality within a service line, much less across them. More isn’t necessarily better.

Michael Farr, head of Farr, Miller & Washington, told WaPo: “More effective CEOs said, ‘Wait a minute, I need to make sure this is strategically and logically integrated with everything our core business is doing.’”  He was speaking of the GE divestiture, but how many hospital CEOs are having that same examination? How many of them could truly define their “core business,” other than offering a bland “patient care”? Which patients, which care, in what places using what services?

Increasingly, hospitals want to be all things to all patients in all places, just as industrial conglomerates wanted to serve all customers in all industries. That worked well for a long time, but no longer. That time is coming in healthcare too. Hospitals, and all healthcare companies, need to truly define, and focus on, their core business.

Healthcare has too many conglomerates. Time for them to break up.

Kim is a former emarketing exec at a major Blues plan, editor of the late & lamented Tincture.io, and now regular THCB contributor.