By MIKE MAGEEIn my course this fall at the President’s College at the University of Hartford, we began by exploring the word “right” at the.. 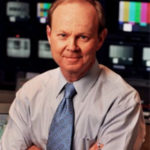 In my course this fall at the President’s College at the University of Hartford, we began by exploring the word “right” at the intersection of health care services and the U.S. Constitution.  But where we have ended up is at the crossroads of American history, considering conflicting federal and state law, and exploring Social Epidemiology, a branch of epidemiology that concentrates on the impact of the various social determinants of health on American citizens.

What makes the course timely and relevant is that we are uncovering a linkage between health and the construction or destruction of a functional democracy at a moment in America’s history when our democracy is under direct attack.

This was familiar territory for Eleanor Roosevelt. She spent the greater part of World War II creating what she labeled in 1948 “Humanity’s Magna Carta” – aka the “Universal Declaration of Human Rights (UDHR.)”

Embedded in the declaration was a much broader definition of health. It reads “a state of complete physical, mental and social well-being and not merely the absence of disease or infirmity.” The Marshall Plan, for reconstruction of war torn Germany and Japan, embodied these principles, and successfully established stable democracies by funding national health plans in these nations as their first priority.

Although our nation signed the UDHR, it carried no legal obligations or consequences. In fact, the U.S. medical establishment’s bias was to embrace a far narrower definition of health – one that targeted disease as enemy #1. They believed that in defeating disease, health would be left in its wake.

In contrast, neighboring Canada took the UDHR to heart, and as a starting point asked themselves, “How do we make Canada and all Canadians healthy?” Where our nation embraced profiteering and entrepreneurship, leaving no room for solidarity, Canada embraced the tools of social justice and population health.

By 1966, the U.S. has passed Medicare providing health insurance to all citizens over 65 years of age. Canada, that same year passed their program (also called “Medicare”) which covered all Canadian citizens.

The United Nations, in the same year published their “International Covenant on Economic, Social and Cultural Rights” (ICESCR). Article 12was explicit. It reads:

1. The States Parties to the present Covenant recognize the right of everyone to the enjoyment of the highest attainable standard of physical and mental health.

2. The steps to be taken by the States Parties to the present Covenant to achieve the full realization of this right shall include those necessary for:

“the reduction of the stillbirth-rate and of infant mortality and for the healthy development of the child”;

“the improvement of all aspects of environmental and industrial hygiene”;

“the prevention, treatment and control of epidemic, endemic, occupational and other diseases”;

“the creation of conditions which would assure to all medical service and medical attention in the event of sickness.”

The U.N.’s idealism was tempered by realism. They highlighted what is called a “reasonableness standard” using the tag phrase “highest attainable standard” as a goal for each nation to pursue. They recognized as well that a nation’s cultural, economic and social conditions would evolve, affecting the speed with which certain goals designed to meet basic human needs, such as food, shelter, education, health care, and gainful employment, could be met.

In 2005, I gave a speech to a group of international leaders at the Library of Congress titled “Why health is political.”  It focused on the social context of health, power politics, and the domain of law. At the time, more than 70 nations had ratified ICESCR, Article 12. In doing so, they pledged to avoid retrogressive measures, reject discriminatory policies, hold unhealthy polluters at bay, and establish proactive planning to address health disasters.

At the time, the U.S. was (and remains today) missing in action. Then and now, we remain the only industrialized country in the world without a plan for universal health coverage.

FDR had slated this health security to be part of his “Second Bill of Rights”, but died in 1944. The AMA and Pharmaceutical Manufacturer Association (PMA) then short-circuited the effort by successfully labeling Truman as a representative of the “Moscow party line.”

The challenges today remain much the same. The American culture lacks a communal identity, favors individualism and tribalism, has a weak labor movement, distrusts its own government, and often treats its own Constitution as an exercise in semantics.

ICESCR, Article 12, celebrates human rights as universal, indivisible, interdependent, and interrelated. Where our tradition is individualistic and transactional, their philosophy is holistic, and commits to addressing human needs in order to break the bondage of fear and want that can dominate in uncaring or ineffectual authoritarian societies.

The UDHR was a universal declaration of the General Assembly of the United Nations that created no technical binding legal obligations on its signatories.

In contrast, the ICESCR is a covenant– “a treaty which, under the rules of international law, creates legal obligations on all states that ratify it.” It was completed on December 16, 1966. President Carter did finally sign the covenant on October 5, 1977, but elected not to pass it on to the Senate which must give its “advice and consent” before the U.S. can ratify any treaty.

As of 2021, over 170 nations have ratified the covenant. The United States is not one of them.

Mike Magee, MD is a Medical Historian and Health Economist, and author of “CodeBlue: Inside the Medical Industrial Complex.“